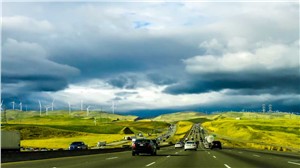 Lifecycle electric vehicle emissions – are they really lower than petrol and diesel cars?

It seems to be a question of ongoing debate, although we wonder why it really is given the overwhelming evidence that make it clear that EVs emit considerably less than ICE (internal combustion engine) cars fuelled by petrol or diesel.

Recently, we published a report from researchers from Transport Energy/Emission Research (TER) who found that EVs beat ICE cars on emissions, even in a coal-dominated grid. And the reductions were substantial in Australian states with a high share of renewables. See EVs smash petrol cars on emissions, even with a coal-powered grid.

Now, new research from Bloomberg New Energy Finance comes to a similar conclusion when comparing the emissions of EVs and ICE cars in five major economies: China, the US, Germany, France and the UK.

“The lifecycle CO2 emissions of medium segment battery electric cars produced in 2020 and used for 250,000km would be between 18% and 87% lower than those of equivalent internal combustion engine vehicles in the five countries included in this report,” the BNEF analysts say.

In the US, the emissions payback on an EV is reached in just 1.5 years, and after just 27,000kms.  It is even quicker in Germany, France and the UK. But even in China, with a coal-heavy grid, the CO2 savings are readily apparent, and will increase as more renewables come into the system.

“The breakeven point is far sooner in France at 25,000 km, compared to 153,000 km in China. By 2030, all countries will see this emissions breakeven point occur far earlier,” BNEF says.

This is important. Currently, most regulations are based around tailpipe emissions, where there is no contest given that EVs hav no tailpipe. So regulators are seeking to capture the emissions from manufacturing and usage by using lifecycle CO2 emissions for official comparisions.

But even then, EVs still win. Even in coal-fired grids. And BNEF notes the gap will increase between 2020 and 2040, other than in France, where grid emissions are expected to increase slightly over this period.