This news is classified in: Sustainable Energy Solar Smart Grids 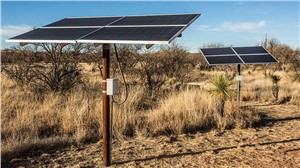 Regional renewable energy microgrid projects can now apply for funding as the Australian Renewable Energy Agency launches a new $50 million program to improve the resilience and reliability of electricity supply in remote parts of the country.

The new grant funding will seek to build on the success of transitioning a number of remote and island energy systems to renewables, including systems on Lord Howe, Flinders and Rottnest Islands.

Lord Howe Island’s solar and battery storage system recently marked its six month anniversary, including managing stretches of up to five days (and nights) without calling on additional diesel power.

ARENA chief executive Darren Miller said he expected the program would showcase the benefits of microgrids, “whether it’s maintaining electricity supply during and after emergencies such as bushfires and floods, or improving the reliability and security of power supply in remote communities.”

Microgrids are small-scale electricity grids which can either operate as standalone systems or connect to larger grids.

They are usually able to operate independently providing more resilient and reliable electricity, particularly in natural disasters and extreme weather events. By increasing the use of renewable energy, microgrids also bring additional benefits like reliance on expensive diesel generation.

Funding applications are open with ARENA hosting two information sessions on the program on October 6 and 12.

Pilot projects that meet the program’s criteria –  are located in regional or remote areas, have completed a feasibility study, and are able to demonstrate improved resilience and reliability of microgrids using renewable energy – are eligible to apply.

The program expects to provide grants ranging between $1 – 5 million.

ARENA has also supported a number of remote microgrid or off-grid projects designed to increase renewable energy and decrease diesel use.

SETuP (Solar Energy Transformation Program) rolled out 10 megawatts of solar to 25 Aboriginal communities in the Northern Territory, reducing their reliance on diesel by around 3 million litres per year.