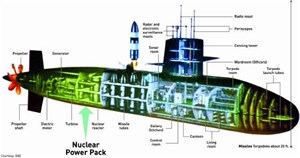 The contract options were awarded in the fourth quarter of 2017. Work under these contracts has already commenced, and the vast majority of it will be completed during the remainder of 2018.

Joel W. Duling, NFS President, said, “Our employees work hard every day to ensure the U.S. Navy’s nuclear-powered fleet has fuel of the highest quality to successfully achieve its missions around the world.”

NFS has been the sole manufacturer of nuclear fuel for U.S. Navy aircraft carriers and submarines for decades. The company employs a workforce of approximately 1,000 people, including long-term contractors and security personnel.