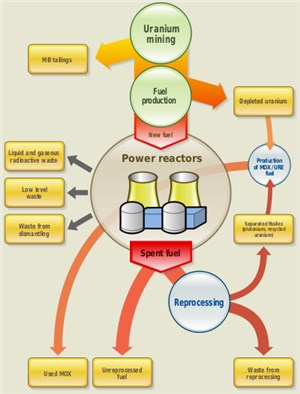 “We are proud to be continuing our role in producing fuel bundles for OPG’s nuclear fleet,” said John MacQuarrie, President, BWXT Canada Ltd. and BWXT NEC. “This contract represents clean, low-cost and reliable electricity for millions of people in Ontario and sustains hundreds of high-value jobs across our facilities in Peterborough, Toronto and Arnprior.”

“The safe operation of our nuclear fleet is our number one priority,” said Glenn Jager, OPG Nuclear President and Chief Nuclear Officer. “We are pleased to award this five-year contract extension to manufacture fuel for our Pickering and Darlington Stations. BWXT has a long history of supplying reliable, high-quality fuel that meets the stringent requirements of reactor operating conditions. The nuclear industry contributes over $5 billion annually to the Canadian economy and supports about 50,000 jobs in Ontario. BWXT is a large part of the success of nuclear in this province.”

Three of BWXT’s Canadian-based operations (Peterborough, Arnprior and Toronto) will directly benefit from the positive impacts of the contract extension. The Arnprior operation produces zirconium-alloy tubes, while the Toronto facility produces natural uranium pellets. These components are shipped to the BWXT Peterborough facility where they are assembled into fuel bundles.

“I congratulate OPG and BWXT on this important contract,” said Jeff Leal, Peterborough Member of Provincial Parliament. “Ontario’s nuclear industry is an important economic engine in this province, and it is great to feel those benefits right here in Peterborough.”