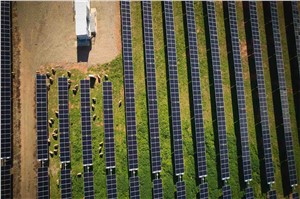 The New South Wales government says it has been “swamped” by 34 gigawatts of renewable energy projects for what will be the country’s biggest renewable energy zone in New England, in the state’s north.

The massive response to an EOI (expressions of interest) issued by the state Liberal government is more than four times greater than the capacity needed to fill the planned 8GW renewable energy zone.

“The overwhelming response shows this is a once in a generation opportunity to attract enormous investment into regional areas, cementing NSW’s renewable energy future,” energy minister Matt Kean said in a statement.

The results were announced just a day after federal energy minister Angus Taylor pushed a controversial new capacity mechanism – dubbed the “Coalkeeper subsidy” – that most analysts and energy companies say will stymie such investment.

The states, however, including NSW, have shown little enthusiasm to bend to Taylor’s ideological pursuit and are likely to resist the proposals and large continue on their own plans to transition to renewables.

The New England REZ – based around Armidale – is one of at least five renewable energy zones planned by the NSW Liberal government to replace its ageing coal fleet, most of which is expected to retire in the next 10 years. Liddell will close in 2023, Vales Point and Eraring by 2032, and Bayswater and Mt Piper in the following years.

There is a huge pipeline of wind, solar and storage projects across the country, but actual investment has come to a standstill because of the confusion and uncertainty about new market rules, and the lack of capacity on many parts of the grid.

Renewable energy zones planned by all states are designed to help resolve hat problem – and are a key part of the market operator’s blueprint for a transition to a renewables grid – and NSW is leading the way with the speed and scale of its proposals.

The Central West Orana zone, located around Dubbo and Wellington, attracted an equally phenomenal 27GW of wind, solar and storage proposals for just 3GW of capacity in its EOI last year.

NSW is also looking at REZs in the Hunter and Illawarra regions, and in the south-west of the state where network investor Spark  is already proposing at least 2.5GW of capacity at what it calls the Dinawan Hub.

“The New England REZ is expected to deliver around $10.7 billion in investment and around 830 operational jobs, as well as 1,250 construction jobs each year, all while putting downward pressure on electricity prices and providing landowners with new income streams,” Kean said.

The New England REZ is mostly located within the federal electorate of the same name held by deputy prime minister and Nationals leader Barnaby Joyce, who doesn’t think much of big wind and solar farms,

The state member, Nationals MLA Adam Marshall, the NSW agriculture minister, is more welcoming of the plans, saying that the local community is now in the “box seat” when it came to the final design and planning of the REZ.

“With this level of interest, we have the luxury of supporting only the best projects that benefit the community, maintain the highest and strictest development standards and maximise local renewable jobs and investment in the region,” Marshall said in a statement.

“By co-ordinating REZ development in a strategic way, we can control our own destiny, making sure the projects we host work for our community, not just developers.”

The first formal auctions of capacity and positions in the various renewable energy zones will begin in 2022. It means that new investment in wind and solar projects in the state will be largely corralled by the state REZ process, in contrast to the open market that has been a feature of recent years.

In contrast to the federal Coalition government, the state Liberal governments of NSW, South Australia and Tasmania have embraced the transition to renewables and have big plans to either place coal generators, reach 100 percent renewables and develop a renewably hydrogen industry to help replace LNG exports.