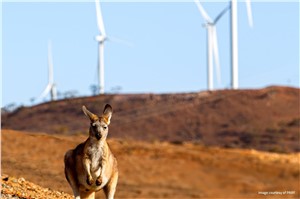 AGL has won planning approval for a new 50MW, two-hour battery in Broken Hill, to support its wind and solar farms in the area, as it continues its plan to roll out nearly one gigawatt of battery storage across the main grid.

The Broken Hill battery this week won planning approval from the NSW Department of Planning, Industry and Environment (DPIE) and AGL says it will help improve the reliability of the energy supply in the historic mining centre.

AGL developed the 200MW Silverton wind farm and the 53MW Broken Hill solar farm which are now owned by the PowAR fund, in which AGL holds a 20 per cent stake, but these are often severely constrained by the congestion on the main transmission links.

A final investment decision is expected later this year. AGL says it will depend on contracts, and insists it will be made independently of other projects in the region, although it does seems clear they will impact the dynamics of the local market.

Network company Transgrid is working on two major projects at the moment, a possible Broken Hill micro-grid to replace two existing diesel generators in the town, which could include the world’s biggest compressed air storage facility, a 200MW project with up to eight hours storage that would use underground caverns.

A final report on that and competing proposals – including, ironically, refurbishing or replacing the ageing diesel generators – is to be handed to regulators soon.

Meanwhile, Transgrid has also delivered its latest assessment of the best options to relieve congestion in other areas of the state – a situation that has impacted multiple solar farms and the PowAR assets in the past – favouring a new high voltage link from Darlington to Dinawan.

That report also investigated battery storage and Statcom options, but decided that a new 330kV line – joining into Project EnergyConnect and Transgrid’s proposed 2.5GW Dinawan renewable energy hub, would be the best option.

AGL’s Broken Hill battery battery will be located on industrial land, near the Broken Hill substation and around 6km southeast of the local airport and, if a final investment is made, construction will start later this year and be commissioned in 2023.

“AGL’s grid-scale battery projects are ensuring we have energy storage and firming capacity at the ready to enable a seamless transition from thermal generation to renewables,” AGL chief operating officer said in a statement.

“The limiting factor for renewable technology has always been storage but we are taking control of these constraints by turning our attention to firming technology, like batteries.”

Broken Hill is one of a number of battery storage projects being built or contracted by AGL, including the 250MW battery at Torrens Island in South Australia, which will be built initially with one hour storage before being expanded to up to four hours storage.

That battery will be the first in Australia to use “grid forming inverters” at such a scale. AGL is also mulling big battery projects at the sites of its Loy Yang coal generator in Victoria and Liddell in NSW.

It is also contracted to take the output of the nearly complete 100MW/150MWh Wandoan battery in Queensland, which has started commissioning, and has a contract with Maoneng to build 200MW/400MWh of battery storage, likely at the Sunraysia solar farm and at Lismore.

“Batteries and energy storage are critical to supporting the increased growth of renewable generation and in turn driving downward pressure on wholesale electricity prices,” Brokhof said.

“During construction, we expect the project to create up to 50 direct jobs, providing direct financial benefits to local businesses and the wider community.”

Tell a friend:
Broken Hill is About to Get a 50MW Big Battery to Support Wind and Solar