We Need Grid Ready for 100 Pct Renewables Now, Not in a Few

This news is classified in: Sustainable Energy Solar Smart Grids

We Need Grid Ready for 100 Pct Renewables Now, Not in a Few Decades: AEMO 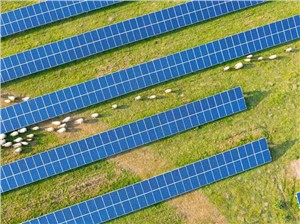 The Australian Energy Market Operator has underlined the need for a rapid upgrade to the country’s grid and market systems, saying that Australia is hurtling towards 100 per cent renewables at a rate even faster than it contemplated.

AEMO chief systems design office Alex Wonhas says the country’s main grid is rapidly approaching 100 per cent instantaneous renewable penetration, and it needs to build a system and market that can handle such situations now, not in a few decades.

“Australia is experiencing the fastest and technically most challenging energy transition globally,” Wonhas told an energy conference in Melbourne. “We need to build a system and market now, not in a few decades, that can operate at close to 100% instantaneous renewable energy.

It’s not the first time AEMO has made such a warning, but the pace of change and the pipeline of new projects appears to have taken even it by surprise.

Last year AEMO unveiled the latest edition of its 20-year blueprint known as the Integrated System Plan, which forecast more than 90 per cent renewable share by 2040 in its step change scenario. But Wonhas says it is going way quicker than that.

“The current registration rate is 27 per cent higher than what the ISP ‘Step Change’ scenario requires, which ‘only’ has 2.6 GW p.a. capacity additions,” Wonhas says.

“AEMO has visibility of 75GW of new generation across 343 potential projects, which is 15 per cent more than what Step Change requires.” And, he warned, existing generators are more likely to exit the market faster than currently announced.

The next version of the ISP, due mid 2022, is likely to outline scenarios that include an even faster transition to renewables, possibly 100 per cent, or close to, by the mid 2030s, driven by both technology advances and the accelerating global push to address climate change and limit global warming to 1.5°C.

AEMO says the ISP describes the least cost pathway to the clean energy transition, and it maps out the infrastructure, generation and storage needs to achieve that. But it has been frustrated by a tepid response from the federal government. Energy minister Angus Taylor has described it as “lines to nowhere”.

Wonhas’ presentation outlined four key areas that need to be addressed urgently, either through grid upgrades or by market design, or both.

The first issue is to address the infrastructure challenges, which includes new transmission lines, although not in all cases, as he highlighted with the new 300MW/450MWh Victoria big battery under construction that will increase the capacity of the main Victoria to NSW link at peak times.

He also pointed to rapid “ramping rates”, which describe sudden changes in demand or supply that require a response from the grid. He pointed specifically to an un-forecast 500MW leap in demand when unexpected clouds passed over Adelaide, reducing output from the city’s vast rooftop solar resources.

“The size of variable renewable energy (wind and solar) ramps is growing,” Wonhas said in his speech notes.

He said the largest hourly downward VRE ramp in the NEM was 1.4GW, historically, but this was expected to grow to around 4.5GW by 2025. “Diversity is important,” he said.

The solution to these challenges would come from the priorities identified by the Energy Security Board, including resource adequacy; essential system services; demand side participation; and access and transmission reform.

Wonhas also pointed to the need for controllability and fault ride through of distributed energy resources such as rooftop solar, the creation of renewable energy zones, the existence of adequate dispatchable generation and demand side solutions, DER, and frequency, voltage, system strength  resources “ideally with 21st century technology” – which means inverters and not old thermal plant.

“This will set us up well for the next wave of changes,” he said, which would include the rapid uptake of electric vehicles, increased electrification that would lead to a doubling in the size of the grid, and a transition to a (green) hydrogen export economy.

Tell a friend:
We Need Grid Ready for 100 Pct Renewables Now, Not in a Few Decades: AEMO