2020 Was a Stunning Year for German Renewables, and a Killer One for Coal 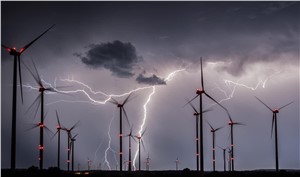 A slew of updates on Germany’s power mix suggests that 2020 will be a record year for renewable energy in Germany, as a lagging wind industry begins to pick up pace and solar growth and demand reductions both continue.

German energy research institute AG Energiebilanzen e.v. (AGEB) has published new data showing the changes in electricity generation and power capacity in Germany over 2020, and they highlight a continuation of the growth of renewables.

A separate research institute estimates that renewables will end up comprising 46% of total electricity consumption in 2020, up by 4% from the previous year, driven primarily by increased output from wind power. AGEB estimates that the total installations of onshore wind power for 2020 will increase to1,200 megawatts, up from a low of just under 1,000 in 2019.

Germany’s wind power expansion has slowed significantly in recent years, stalled by grid congestion and community opposition to new wind power projects, but several significant recent changes to Germany’s clean energy policy are set to ease the problems and attempt to put Germany back on track to achieving its emissions targets.

There is still some way to go. Clean Energy Wire reports that “After sustained criticism from the renewables industry and the state governments, perceived stumbling blocks for the further expansion of solar PV, onshore wind and biomass have been removed, but solar industry representatives still called the decision “completely inadequate” and a “half-baked compromise in terms of climate policy””. Further change is required for the country to meet its 2030 electricity targets, but 2020 seems like it may be a good first step towards restarting the clean energy sector’s growth in Germany.

Despite the slowdown in wind growth in Germany, coal power has plummeted to new lows in 2020. Germany remains a net exporter of power, is very likely to see record low emissions in 2020, and wind has played a significant role this change.

Clean Energy Wire suggests that thanks to a mix of factors, including the growth of renewables, Germany “is set to easily surpass its original 2020 target to reduce total greenhouse gas emissions by 40 percent over 1990 levels”, due to energy related CO2 emissions dropping to 80 million tonnes in 2020.

The shift in the country’s electricity sector is noticeable in data sets that cover the entire country’s sectors, including homes, transport and industry. The latest ‘Global Carbon Budget’ report from the Global Carbon Project shows the impact of renewable energy growth has resulted in a drop in emissions from coal that puts it, for the first time on record, comfortably below emissions from oil. This data set does not cover 2020; the combination of new renewables and COVID19 demand reductions will likely shift coal’s output down even further.

Germany will see a major election next year, and climate change is likely to be on the agenda. ” In autumn, the country elects a new government – and effectively Chancellor Angela Merkel’s successor – that must set the course for reaching climate neutrality by mid-century, following months of election campaigns dominated by the ongoing Covid-19 pandemic and its economic fallout”, writes Clean Energy Wire. Debate about the pace of the coal-phase out, the European Union’s new 2030 climate targets and trickier debates around other sectors like transport and agriculture will likely dominate.

The success within Germany’s power sector will add pressure to other countries lagging on climate action, such as Australia, as the 26th Conference of Parties meeting looms closer in 2020.

Tell a friend:
2020 Was a Stunning Year for German Renewables, and a Killer One for Coal