Are Electric Vehicles Really Better For The Environment? 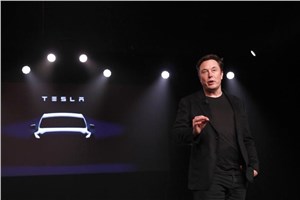 Since the first modern electric vehicles (EV) took to the roads in the 2000s, critics have been quick to question the ‘clean’ label attached to them. From manufacturing concerns to battery power sources as well as overall autonomy, EVs have been under scrutiny from sceptics. With the amount of debate and misinformation troubling the waters, the facts behind the efficiency of electric vehicles have become somewhat clouded - so just how clean are these vehicles?

Battery Production
An argument that is routinely put forward to contrast the clean image of electric cars is the pollution behind the manufacturing process of their batteries. There is indeed a range of rare earth metals that make up the composition of the battery, and their extraction and manipulation can contribute to carbon emissions.

A comparative study between EVs and internal combustion engine vehicle (ICEV) in China corroborates the ICTT report, indicating that infrastructure and efficient manufacturing techniques are the keys to reducing emissions during production. Chinese EV battery manufacturers produce up to 60% more CO2 during fabrication than ICEV engine production, but could cut their emissions by up to 66% if they adopted American or European manufacturing techniques. As such, the pollution created through the extraction process and production of batteries remains on par or slightly higher than the manufacturing process of petrol or diesel-based engines.

Lifetime Difference
In its study, the ICTT also notes the stark difference in emissions between electric and internal combustion over the course of their lifetimes. With no combustion and complete lack of tailpipe emissions, EVs produce the bulk of their emissions through their manufacturing process and the sourcing of their energy, putting them at a serious overall advantage over petrol and diesel-powered cars.

Whilst ICEVs have been steadily reducing their emissions since 2000, electric vehicles still have a marked edge by producing close to no running emissions. Additionally, as EVs become more common and manufacturing becomes more widespread, battery recycling will be more efficient and reduce the need to extract new materials, therefore lessening the reliance on mining and production of new batteries.

The total impact of electric vehicles is more pronounced when looking at their complete lifetime, where combustion engine vehicles are unable to compete. EVs are responsible for considerably lower emissions over their lifetime than vehicles running on fossil fuels, regardless of the source that generates the electricity .

Electricity Sources
A new study by the Center for Economic Studies (CES) in Munich proclaimed: “Germany’s current energy mix and the amount of energy used in battery production, the CO2 emissions of battery-electric vehicles are, in the best case, slightly higher than those of a diesel engine, and are otherwise much higher.”

Although it may seem like a damning indictment on electric vehicle performance, the paper was quickly debunked by industry experts, who found a long list of inaccuracies with the CES’s findings. Apart from laying out previously discredited information such as electric car batteries becoming “hazardous waste” after 150,000 km, or misrepresenting government data to fit their research, the study also painted ICEV emissions as lower than the reality.

Dr. Markus Lienkamp, head of the Department of Automotive Engineering at the Technical University of Munich denounced the report as an “unscientific conspiracy theory”. Other pundits pointed towards previous studies that showed that an electric vehicle charged on an exclusively coal-powered grid would reach similar carbon emissions performance as an ICEV - making EVs more effective over their respective lifetimes.

The Future Of Transport
Current electrical grids are mostly moving towards reducing their reliance on fossil fuels and increasing their renewable energy production. With electrical vehicles already producing fewer emissions through their lifetime regardless of the energy source, it shows that EVs are indeed the vehicle of the future. Car manufacturers are also accepting the fact that electric cars are less polluting and producing more of them will help reduce total carbon emissions.

Electric vehicles as they currently stand are far less polluting than their combustion engine counterparts despite the carbon emissions from the manufacturing process and its imperfect energy sources. Much like many other aspects of sustainable development and renewable energy, the more mainstream these technologies become, the more efficient and the less polluting they will become. The technology behind electric vehicles remains to be perfected, despite this, electric vehicles still remain widely more environmentally friendly than ICEVs.  Economies of scale will benefit EV manufacturing by providing better infrastructure, more efficient manufacturing techniques, recycling options and reduce the need for the mining of new materials. Electric vehicles are not a panacea but combined with greater deployment of renewables and the decarbonization of the electricity grid they offer a pathway to greatly reduce greenhouse gas emissions.

Tell a friend:
Are Electric Vehicles Really Better For The Environment?