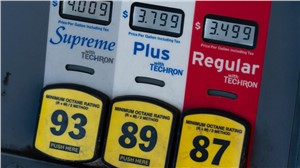 Gas prices are still floating at their highest levels in nearly a decade as new data shows that fuel demand reached a pandemic high last week amid resurgent consumer travel and crippling gas shortages that many Southeast states are still facing, but experts think prices could go down again in the next few days.

Crucial Quote
"The shutdown has contributed to increases in gas prices, which were already rising due to higher crude prices and demand ahead of Memorial Day," a AAA spokesperson wrote in a Sunday email. "Price increases related to the cyberattack have mostly been in the impacted areas on the east coast, but … it is important to note that the driving factor behind more expensive gas prices is fluctuating demand."

Key Background
Nationwide fuel demand jumped nearly 20% on Monday, according to GasBuddy, as spooked consumers flocked to gas stations on the third day of Colonial's shutdown. On May 7, Colonial learned that it was the victim of a cybersecurity attack and took its systems offline "to contain the threat." Part of an online hacking group called DarkSide, the hackers took nearly 100 gigabytes of data from Colonial on Thursday and then demanded a ransom of roughly $5 million, which Colonial ultimately paid in bitcoin. The company ended up restarting its operations on Wednesday.