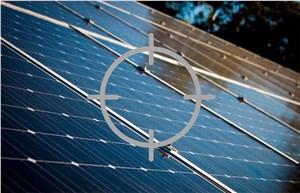 One of Australia’s newest and most efficient “supercrticial” coal-fired power plants – CS Energy’s 750MW Kogan Creek Power Station on the Darling Downs in Queensland – tripped unexpectedly on the weekend, taking out 500MW of generation out of the mix for several hours on a hot Saturday afternoon.

Now, this is neither particularly unusual or even newsworthy – as Hugh Saddler has explained here, coal plants regularly “trip,” even the newest ones. And while inconvenient for the market operator, and not great for wholesale prices, this rarely leads to customers losing power.

It does, however, go to the point that coal power – regularly and vigorously championed by the federal Coalition as the only reliable source of “fair dinkum power” – is not necessarily all that reliable.

It’s an important point to keep making, and never more so that in in the lead-up to this year’s federal election, which is bound to be won or lost at least partly on the hot-button issues of electricity prices and the inevitable shift to renewable energy.

As The Australia Institute pointed out on Twitter (above), the Kogan Creek Power Station – despite being just 13 years old – had six breakdowns last year and was one of the worst performers on the NEM.

“Yet Gov wants to give taxpayers $$ to build new “HELE” coal plants…for reliability!”

It’s also an important point to make in a new year of mainstream media reports that is already showing signs of a upholding the tradition of pitting renewables as the arch villain of the NEM.

Rupert Murdoch’s The Australian offered a good example of this on Monday, in an “exclusive” story on a report from the Australian Energy Market Operator, laying out its findings on the Queensland and South Australia “system separation” of August 25 last year.

The report in question offers the AEMO’s final review of the incident, in which a lightening strike caused the loss of the interconnectors between Queensland and NSW, and then between South Australia and Victoria, interrupting electricity supply to industrial loads in Victoria, NSW, and Tasmania, and to some residential and commercial customers in NSW.

As the highly complex document 109-page document says in its executive summary, the report’s purpose is to provide data-based analysis and insights about the initiating cause of the event and subsequent (and equally complex) performance of the power system.

Among those are a deficit of primary frequency control response, including from synchronous generation, which as it notes was providing 96 per cent of the total generation in the NEM at the time of the event.

“The responses observed from synchronous generation during this event indicated that, unless enabled in the market for frequency control ancillary services (FCAS), many generators either no longer automatically adjust output in response to local changes in frequency or only respond when frequency is outside a wider band (dead-band) than has historically been set,” the report said.

“This lack of response resulted in significant technical challenges controlling power system frequency during this event, delaying the resynchronisation of QLD with NSW.

The report also notes that wind generation was low at the time of the incident, limiting the impact of that fleet (and there were problems with incorrect protection settings, which are being addressed).

Large-scale solar generation was also low, the report says, and not able to assist in limiting the initial frequency excursions. Rooftop solar, however, “generally contributed to assist frequency management in QLD and SA over the course of the event by reducing output.

And the report also noted that an analysis of the performance of a sample group of behind-the-meter solar inverters indicated that around 15 per cent of those installed before October 2016 dropped out during the event.

“Of the sampled systems installed after October 2016, around 15 per cent in Queensland and 30 per cent in South Australia did not provide the over-frequency reduction capability required by the applicable Australian standard,” the report says.

And finally on grid-connected battery storage, the report notes that the Tesla Big Battery in SA – the Hornsdale Power Reserve – “was valuable in this event, assisting in containing the initial decline in system frequency, and then rapidly changing output from generation back to load, to limit the over-frequency condition in SA following separation from VIC.”

All that said, The Australian’s “exclusive” report takes a particular focus.

The headline – “Warning as solar failed in grid crisis” – tops the story, which goes on to say that AEMO has “raised the prospect” that home rooftop solar panels must be retrofitted to ensure they meet compliance standards.

“An official investigation found thousands of rooftop solar units did not comply with Australian standards after a lightning strike caused the Queensland and South Australian interconnectors to trip simultaneously on August 25, forcing electricity to be cut to big industrial users and retail customers in NSW and Victoria.”

A few pars down, the story notes that “a range of supply sources including solar, wind and coal generators” either crashed or were unable to assist in boosting supply to either of the two states.

But it then goes on to note that this has renewed concerns “over the challenges of integrating a surge of cheap but intermittent renewable energy supply within the ­national grid to complement existing baseload generation.”

Certainly, AEMO faces numerous challenges on this front, and ensuring that Australia’s world-leading and potentially enormously valuable behind-the-meter solar resource can be used to help balance the system – both at times of peak load, and at times of “crisis” like this.

As AEMO boss Audrey Zibelman has continually stressed, the change we are seeing in electricity markets is a new frontier, and Australia, with its record-breaking uptake of solar and outdated grid, is at the forefront of change.

But to suggest that rooftop solar “failed” during the August incident, is an interesting interpretation of the report and its findings, to say the least.

As Zibelman herself put it in comments at last year’s Energy Week conference in Melbourne:

“I would say that (something) that would be really critical for all of us, is that we could all agree in Australia, that when we say it’s changing – it is changing.

“So we need to to adapt to that change and we need to make sure that it happens in a way that benefits the consumer.”