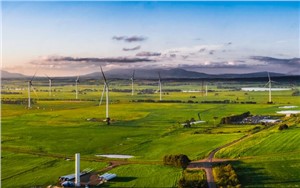 Australia’s biggest energy retailer Origin Energy has announced a massive impairment of $1.6 billion after deciding to write down the value of its coal and gas assets, and also taking a hit on the value of its renewable energy contracts.

Origin says the write downs are the result of falling wholesale prices – driven mostly by the influx of new wind and solar projects – and the soaring price of gas, which has reduced profitability from its fleet of gas generators.

The biggest hit, however, is on the Eraring coal fired power station in NSW, which at 2.8GW is the biggest in the country. Eraring accounts for the bulk of the $583 million post-tax write-down of generation assets.

Origin did not reveal how much of that sum was linked to Eraring, and gave no indication whether it would look to fast track the closure of the coal generator, currently scheduled to exit the market by 2032.

The other generation assets affected were gas generators, also because of falling wholesale electricity prices, and because of the increasing cost of buying the gas to burn in the facilities. It did not break down the assets affected, but it is assumed it is “across the board.”

Origin does not own any renewable energy assets, but does have a large portfolio of offtake agreements, long term contracts to take the output of wind and solar to meet regulatory and customer requirements for clean energy.

But these contracts are also out of the money, because of the significant fall in wholesale prices and the value of large scale renewable energy certificates.

Origin says it will write $995 million off the value of goodwill to these contracts, a sum that also includes the value of gas contracts which are also out of the money.

Those contracts include the biggest in Australia, a long term agreement to buy the output from the 530MW Stockyard Hill wind farm in Victoria.

When signed in 2017, the contract price in the low $50s/MWh was hailed as a landmark deal. But now that the project has begun some generation, four years later and after long delays, even that price looks out of the money.

Origin notes that forward energy prices are $20/MWh lower than where it expected to be, although it does expect some recovery in prices, which have risen in the last two months following the Callide coal generator explosion in Queensland.

CEO Frank Calabria said in a statement that the energy markets business faces significant headwinds, but Origin is also enjoying higher returns from its LNG business, which is benefiting from higher prices.

Calabria said the company is targeting “significant capital and operating cost savings” (of around $100 million), including from the introduction of the Kraken platform to manage its retail base. He said customer migrations to the new platform continuing to progress very well.

“The outlook for the business improves from next year, with Origin expecting to see a material rebound in Energy Markets earnings, based on the commodity price outlook and supported by disciplined cost management,” Calabria said.