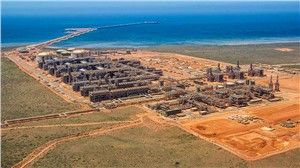 Electric vehicles sales are taking off around the world: Plug-in electric car sales in May were up about 200% in over the previous year to 442,000, which translates to an annualised rate of about 5 million.

They now represent 6.6% of total global passenger vehicle sales. Just a few years ago the share was about one per cent. And we would argue the growth has a long, long way to run yet. Even this year sales are expected to show further growth.

Australia’s present exposure to this is through the resources sector, where we can identify about $38 billion of current market value related to EV raw materials (lithium, rare earths, copper) and through charging infrastructure, where Tritium has an eye watering valuation. You have to hand it to coal barons Trevor St Baker and Brian Flannery, those boys know where the $ are.

This EV sales growth and market share is essentially being achieved without any real contribution from the world’s largest car manufacturer, Toyota. Indeed there is no Japanese electric car brand in the top 10 for YTD (year to date) sales. Toyota did make it to No 10 for the month of May, but is No. 20 for YTD.

The operator of Australia’s only commercial-scale carbon capture and storage project has conceded the project has failed to meet its targets, and is now seeking a deal with Western Australian regulators on how to make up for millions of tonnes of carbon dioxide it failed to store.

On Monday, Chevron announced that it had finally succeeded in sequestering five million tonnes of carbon dioxide at its carbon capture and storage facility at the company’s Gorgon LNG plant.

While Chevron celebrated this as a “significant milestone” for the project, it falls well short of what was promised to regulators when the massive $70 billion LNG project was first announced in 2009.

The storage project is supposed to be capable of storing at least 80 per cent of the carbon dioxide produced by the Gorgon LNG facility, or around 4 million tonnes a year. The storage was one of the key conditions for state government approval.

Chevron is understood to have spent more than $3 billion building the carbon capture facility, but it took several years after the start of gas production for the Gorgon CCS project even to begin operation due to delays and technical difficulties. The first CO2 was injected into an undersea deposit in 2019.

The project encountered further difficulties after its commissioning, with sand clogging parts of the storage system and dramatically reducing the amount of carbon dioxide it was able to inject underground.

It is understood regulators may ask Chevron to offset the emissions it failed to store by purchasing offsets from either local or international carbon markets. If Chevron is made to buy Australian Carbon Credit Units, which currently trade at above $20 per tonne, the cost to the company could easily exceed $200 million.

In its Monday announcement, Chevron conceded that it had missed its targets and was now in active discussions with the Western Australian government around how it could make good its failure to deliver on the expected storage of carbon dioxide.

“Chevron is working with the WA regulator on making up the shortfall and will report publicly on that later in the year,” Chevron Australia managing director Mark Hatfield said. “Like any pioneering endeavour, it takes time to optimise a new system to ensure it performs reliably over 40-plus years of operation.

“The road hasn’t always been smooth, but the challenges we’ve faced – and overcome – make it easier for those who aspire to reduce their emissions through CCS.”

The Gorgon project is Australia’s only commercial-scale carbon capture and storage project and despite its delays and operational problems, the company said that CCS remains a “proven technology.”

“CCS is a proven technology which experts agree is critical to achieving a lower carbon future while ensuring access to affordable and reliable energy for billions around the world who rely on it,” Hatfield added.

The Federal government contributed $60 million towards the cost of Chevron’s Carbon Dioxide Injection Project at Gorgon under the Low Emissions Technology Demonstration Fund and is expected to reduce emissions at the facility by 100 million tonnes over the project’s 40-year life.

The Morrison government is relying heavily on CCS technologies to deliver reductions in greenhouse gas emissions – selecting it as a core technology under its Technology Investment Roadmap and using it as justification to pour significant amounts of public funds into its development.

But the Climate Council said the Gorgon failure is another example of CCS failing to live up to its promise, and said it did not provide a viable pathway to decarbonising the energy system.

“This admission from Chevron highlights once again that carbon capture and storage (CCS) in the fossil fuel sector is an expensive failure,” Climate Council senior researcher Tim Baxter said.

“Over the past decade, the costs of renewable energy like wind and solar have plummeted. Over the same period, CCS has remained extremely expensive. There are still no projects operating anywhere in the world that have delivered CCS on time, on budget, or in the quantities promised.”

“CCS is simply an attempt to prolong the life of polluting fossil fuels which are driving climate change. We need to transition away from burning coal, oil and gas and instead power our economy with renewables and storage,” Baxter added.