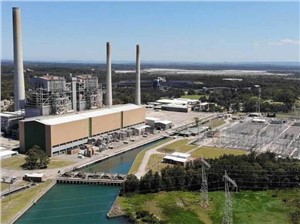 A Morrison government plan to fund upgrades at the Vales Point coal fired power station fell through after the government offered insufficient funding for the upgrades to take place, with owners Delta Electricity warning the plant could close early, documents obtained under FOI show.

Correspondence obtained by RenewEconomy through a freedom of information request shows that Delta Electricity cited ongoing policy uncertainty, questions about the long-term future of the plant and an inadequate funding offer from the Morrison government as reasons for cancelling proposed upgrades to Vales Point.

As previously revealed by RenewEconomy, Delta told the Department of Industry, Science, Energy and Resources in December that it would not proceed with a formal application for $8.7 million in grant funding that had been set aside in the 2020 federal budget.

The grant was to pay for upgrades to a turbine at the Vales Point power station, increasing its thermal efficiency, allowing an additional 30MW of output for the same amount of coal burnt.

In a letter obtained by RenewEconomy, Delta told the department that the funding was below the amount of funding the company had requested and left the company carrying too much of the cost.

“As outlined in the budget speech and subsequent announcement, the budget allocation has a funding cap of $8.7m, which is below that which Delta requested, leaving a substantially higher quantum of funding by Delta,” Delta said in the letter.

Delta said it did not make financial sense to proceed with the upgrade with the smaller grant amount, given ongoing uncertainty in the energy market and the looming closure of the power station, currently slated for 2029.

However, the company also flagged that it remained open to shifting the closure date of the Vales Point power station, which was dependent on the prevailing conditions in the energy market.

“Given that the ongoing operation of the Vales Point power station remains subject to market forces, and noting the current forecast closure date of 2029 may come forward or be deferred on the strength of these market forces, the benefits arising from the remaining life of Vales Point power station and the proposed project have been diminished by the passage of time,” Delta said.

Correspondence obtained through an earlier FOI request shows that Delta Electricity and the department undertook negotiations throughout 2020, ahead of funding being awarded in the federal budget.

The funding was to be provided as an ‘ad hoc’ grant under the Morrison government’s Underwriting New Generation Investments (UNGI) program, meaning the funds could only be used for Delta Electricity’s proposed upgrades.

It is understood that the joint owner of Delta, and significant political donor, Trevor St Baker, had been told informally in early 2020 that it was set to receive $11 million in grant funding from the Morrison government to fund the $20 million turbine upgrade.

It is unclear why the department decided that a lesser amount of $8.7 million should be set aside in the budget.

It is the second instance of the Morrison government failing to secure investment in new coal-fired generation infrastructure by offering insufficient funding support, following earlier revelations that the government had not provided sufficient grant funding to ensure proponents of a coal-fired power station in Queensland could complete a bankable feasibility study.

Officials from the department told Senate Estimates in March that they were aware that Shine Energy was likely to fail to deliver a bankable feasibility study into a proposed Collinsville coal fired power station after an audit undertaken by the Australian National Audit Office found the $4 million in grant funding awarded to the company was not enough to ensure the study could be completed.

Delta also blamed ongoing “regulatory and policy uncertainty”, which it said, “does not represent an appropriate investment environment.”

Delta confirmed that it had terminated contracts with relevant suppliers for the turbine upgrades.

It leaves the Morrison government’s UNGI program has still having supported no new generation investments, despite being first announced in October 2018, and announcing a dozen shortlisted projects more than two years ago.

Delta and the Department of Industry, Science, Energy and Resources have been contacted for further comment.