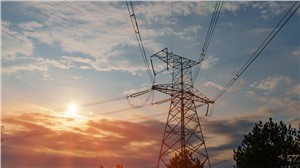 One of the biggest electricity transmission companies in Australia has questioned whether the 1,000MW Kurri Kurri gas plant proposed by federal energy minister Angus Taylor will ever be built. And if it is, it suggests it would be rarely used.

ElectraNet, which runs the main transmission lines in South Australia, makes the observations in an updated economic assessment of Project EnergyConnect, the proposed new 800MW link between South Australia and NSW that will unlock billions of dollars of new wind and solar projects.

Taylor has announced the federal government would kick in funds to its wholly owned Snowy Hydro to develop up to 1,000MW of gas generation at Kurri Kurri in NSW to replace the Liddell coal generator if the private sector does not deliver enough capacity by the time Liddell closes in 2023.

“More gas units will not increase the need for gas generation,” ElectraNet says. “Consequently, this investment has effectively zero impact on the benefits of PEC.”

ElectraNet and its partner on Project EnergyConnect, Transgrid, say that avoiding expensive gas usage in South Australia for electricity generation are the most important benefits of the new link. The risk of higher gas prices means the new link will deliver even greater benefits by avoiding gas use.

ElectraNet casts further doubt about Kurri Kurri, observing that no legislation has been introduced to support the investment or for financing to be put aside in the Federal Budget, and it also notes the project is only listed as a “publicly announced” 750MW open cycle gas plant on AEMO’s Generator Information Page.

It says AEMO has also not included this plant in the draft Input Assumptions and Scenarios Report for the 2022 Integrated System Plan released for consultation, and it can’t be seen as a serious enough project to be considered in any regulatory investment test.

ElectraNet’s view of Taylor’s Kurri Kurri gas plant plans would resonate with the energy industry at large. Taylor has insisted Kurri Kurri is not just about ensuring enough capacity to meet any shortfall, but to provide additional capacity to help lower prices.

But the reality is that Kurri Kurri will be a peaking plant, and will be rarely switched on – and only when the prices are sky high. That means it has only a few hours a year to repay the capital cost, and its interest will be in pushing prices higher, rather than lower.

Market analysts says a Kurri Kurri gas generator might suit Snowy Hydro, because it could crowd out out competitors and support Snowy’s dominance of the cap contracts market, a lucrative portion of the market. But big batteries, for which Taylor and Snowy Hydro show little enthusiasm, can do many things – energy arbitrage, network services and support – rather than simply laying in wait for high priced events like peaking gas generators do.

The new document sent to the Australian Energy Regulator by ElectraNet suggests it is still keen on the $2.4 billion project, and its latest assessment sees even more benefits than identified before, thanks to new policy measures such as the NSW infrastructure roadmap (more renewables), the South Australia climate action plan, and the Tasmania 200 per cent renewable energy target.

It notes the fast-tracked closure of Yallourn, and the construction of a new big battery by AGL at the Torrens Island gas plant in South Australia, but says Project EnergyConnect could still handle an increase in total costs to $2.9 billion and deliver positive returns.

ElectraNet is now asking the AER to make a final decision on whether it will allow the project under the regulatory investment test, although it would need Transgrid, which will build the bulk of the transmission line on the NSW side of the border, to also commit. Transgrid recently questioned the viability of the project after having its request to fast-track revenue from consumers rejected by the Australian Energy Market Commission.