The Ever-shrinking Role of Gas in Australia's Power System 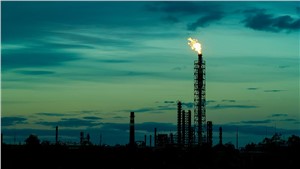 There’s a lot riding on predictions of the future, when it comes to climate. In Australia, the future of coal is mostly a debate about whether its demise is fast, or slow. For the country’s gas-fired power generation, the debate is slightly more complicated.

The government, for instance, believes that Australia ought to be building new gas-fired power stations, in order to buttress grid reliability and “affordability”. 1,000 megawatts of new gas in the Hunter Valley is erroneously justified on the grounds that it is “required” to ensure reliable provision of electricity. This view is supported by Australia’s Labor party, with their draft policy platform declaring that “Labor recognises that gas-power generation has a critical role to play in firming the National Electricity Market (NEM) to ensure reliability and price affordability as it transitions to net zero emissions and as other technologies emerge”.

The other key player in this debate is former Chief Scientist Alan Finkel, who’s strongly maintained that gas ought to retain a role in Australia’s future power grids. “Maybe 20 or 30 years from now we’ll have new kinds of batteries, vastly powerful more extensive batteries and we can do it with batteries,” Finkel said last year. “But gosh, the quickest way to develop our renewable electricity system is to support it with gas”.

AEMO’s ISP isn’t as anti-gas as you might think
The 2020 iteration of the Australian Energy Market Operator (AEMO)’s Integrated System Plan (ISP) models a least-cost bundle of technological changes that meets cost and reliability demands into the coming decades.

In most of their scenarios, including those which outline a “slow” change, gas comprises only a small fraction of either total electricity generation, or total installed capacity of generation. Their modelling leans on new interconnection between regions, battery storage, pumped hydro, demand response and new planning schemes for renewable energy (“renewable energy zones”) to do the majority of the work in integrating wind and solar into the grid.

The installed capacity of gas remains relatively stable in each of AEMO’s scenarios, but the actual generation is relatively low. This is because for the most part, gas is only called upon to generate during extended periods of relatively low wind.

AEMO’s 2020 ISP is, if anything, slightly favourable about how much gas there will be in the future grid. “GPG can provide the synchronous generation needed to balance variable renewable supply, and so is a potential complement to storage”, write AEMO in their report. “Existing combined-cycle gas turbines (CCGTs) and open-cycle gas turbines (OCGTs) are forecast to play critical complementary roles when significant coal generation retires in the 2030s”.

The “need for gas powered generation” is even detailed in a special section highlighting gas output during a couple of low wind periods …. in 2035. ‘Baseload’ CCGTs run during wind droughts, and the fast-response OCGTs run during times when low winds coincide with failures in other generation and low solar output.

AEMO even includes an additional section detailing new gas pipelines and new gas mining that’ll have to occur to sustain this level of gas-fired power in the NEM, alongside demand from other uses. “To ensure this level of supply, let alone enable a greater reliance on gas, a policy intervention may be required”, they write.

This depends on a fine balance between the costs of gas, and the costs of batteries, and AEMO highlight this too. “In the 2030s when significant investment in new dispatchable capacity is needed, [the cost] advantage could shift to batteries, especially to provide dispatchable supply during 2- and 4-hour periods. Based on the cost assumptions in the ISP, new batteries are more cost-effective than GPG in the 2030s”.

As energy analyst Simon Holmes à Court points out above, an optimal simply doesn’t require as much gas is required today. And this is before we consider pricing the emissions impact of extracting the gas used as fuel, or the carbon impact of burning it to make electricity. The ISP isn’t anti-gas – it carves out as big a space for it as it possibly can. But even that process ends up with a tiny sliver among a wide range of zero carbon options for integrating VRE.

Australia’s gas industry is also pro-gas
Recently, the Australian Pipelines and Gas Association, APGA (an industry group that has members like Shell, AGL and Jemena) published a study that it claims supports the need for a gas in high VRE systems. They commissioned Frontier Economics to complete the analysis, which asserts that gas is required to “insure” the system against stretches of low wind and solar output.

It’s odd, because it’s presented as something of a rebuttal to AEMO’s ISP. “[APGA] wants to ensure that the next version of AEMO’s Integrated Systems Plan, due in 2022, and the federal government’s National Gas Infrastructure Plan don’t set the scene for under-investment in gas generation and infrastructure such as pipelines”, writes the AFR’s Angela MacDonald-Smith.

Their modelling does, as you might expect, find that a system with some gas-fired power – up to 7% – is cheaper than a zero emissions grid. But strangely, it isn’t all that different from AEMO’s ISP. The results for South Australia’s installed capacity of gas-fired power in 2035 in their most pro-gas scenario – 93% renewables – is around 1,000 megawatts, for both 2030 and 2035. That’s actually even lower than what the ISP assumes, which is around 2,500 megawatts in 2030 and 2,000 in 2035.

Tell a friend:
The Ever-shrinking Role of Gas in Australia's Power System