Most Emissions from Fossil Fuels Come from Wasted Energy 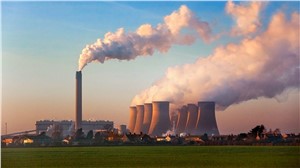 It’s been much discussed among energy nerds over many years, but the role that waste plays in energy accounting is starting to get more attention.

When you burn fossil fuels, only some the energy produced is captured and used; the majority is wasted as heat (and a bit of noise). The total energy stored in a lump of coal (for example) is ‘Primary Energy’, the amount available is ‘final energy’ and the amount used is ‘useful energy’.

“20% of the world’s primary energy demand today is met by non-fossil sources—and those sources are responsible for 40% of the world’s useful energy”, writes Blooomberg. It was also covered in an excellent blog post by energy analyst Michael Barnard, and in an analysis by Rewiring America, and the UK’s grid operator, linked here. It was also covered in Bloomberg’s 2020 ‘New Energy Outlook’. As we transition to renewables and electrify everything, we use significantly less total energy, simply by avoiding waste.

It occurred to me that, if most of the energy from burning a lump of coal, a tonne of gas or a barrel of oil goes to waste, doesn’t that mean the majority of carbon emissions that been released into the atmosphere are attributable to energy that burned purely to power….heating up generators?

I’ve illustrated this in a relatively over-simplified graphic (probably a generous estimate, because I’ve used electric power efficiencies, whereas things like cars, planes and industry, also contributors to the emissions below, are far less efficient).

Tell a friend:
Most Emissions from Fossil Fuels Come from Wasted Energy