Nuclear Plants In Illinois Are Slated For Closure. Will The State's Democratic Politicians Save Them? 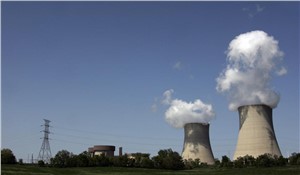 Last month, the Democratic Party came out in favor of nuclear energy for the first time in five decades. The party’s platform said the “urgent need” to decarbonize the electric grid requires using “all zero-carbon technologies” including “existing and advanced nuclear.”

That commitment is already facing its first big test in Illinois, a Democratic stronghold. Last Thursday, Exelon Corporation EXC +0.4% announced that it will shutter two of its nuclear plants, the Byron and Dresden plants, by the end of 2021. In a press release, Exelon’s president and CEO, Christopher Crane, said the plants are being closed because they are “uneconomic” due to “poorly conceived energy policies.”

The potential closure of the two plants provides yet another example of the decline of the American nuclear-energy sector and how that decline is resulting in increased reliance on natural gas-fired electricity production. Furthermore, some of the biggest closures could happen in Illinois, which produces more nuclear energy than any other state. In 2019, nearly an eighth of all the nuclear energy in the United States was generated in Illinois. But Exelon’s press release said that in addition to Byron and Dresden, two other nuclear plants in the state - LaSalle and Braidwood - are also at “high risk for premature closure.”-

The looming closures also illustrate nuclear energy’s enormous output when compared to what the state gets from solar and wind energy. Together, Byron and Dresden produce about 34.5 terawatt-hours of juice per year. For comparison, last year, wind-energy production in Illinois was 13.8 terawatt-hours and solar production was 0.3 terawatt-hours. That means that Byron and Dresden are producing more than twice as much zero-carbon electricity as all the wind turbines and solar panels in Illinois. Those facts alone should be enough to convince policymakers to keep the two plants operating.

But here’s the rub: preventing the closure of Byron and Dresden will likely require some type of subsidy – like a zero-emission credit – that will allow Exelon to make a profit on the plants. That’s not an easy sale. Exelon is one of the biggest electricity providers in the country. Last year, it had $34.4 billion in revenue and earned a profit of about $2.9 billion.

Exelon has already gone to the state for relief with other nuclear plants in the state. In 2016, state legislators passed a measure that charges ratepayers about $235 million per year to help fund the operations at Exelon’s Quad Cities and Clinton nuclear power plants. And according to the Chicago Tribune, the 2016 “bailout is one of several favors scrutinized by federal prosecutors during their ongoing investigation of influence-peddling” in Illinois. Add in the recent $60 million corruption scheme in Ohio that was designed to provide a bailout to the nuclear plants in that state — as well as the July agreement by Exelon subsidiary ComEd CNMD -0.2% to pay a $200 million fine to avoid criminal liability in an alleged bribery scheme connected to Illinois House Speaker Michael Madigan — and the politics of saving Exelon’s plants become even more difficult.

Nevertheless, Exelon said that Byron and Dresden “face revenue shortfalls in the hundreds of millions of dollars.” In addition to the drop in wholesale electricity prices, nuclear operators like Exelon are getting hurt by the rules set by the grid operator, PJM, under its capacity market, which is a retainer to make sure enough generation capacity is available to assure grid reliability. Exelon has asked Illinois to set up another system that would allow its nuclear plants to get paid for the capacity value outside the PJM market. But as one news report put it, the bribery scandal involving ComEd and Madigan “has driven a wedge between the utility and state lawmakers.”

In short, like nearly everything involving electricity and electric grids, the rules and the politics are complicated. But the bottom line is obvious: Illinois lawmakers should find a way to keep all of the state’s nuclear reactors operating.

Illinois should keep its nuclear plants operating so the domestic grid doesn’t become too dependent on natural gas. If the California blackouts proved anything, it is that electric grids should not be too dependent on any one source of supply. Yes, natural gas is cheap and abundant and it’s far cleaner than coal. But as more coal plants and nuclear plants are shuttered, more of the US electric grid is relying on natural gas. On July 27, the US electric grid set a new record for the amount of natural gas that was burned to generate electricity: 47.2 billion cubic feet. That same day, natural gas-fired generation reached an all-time high of 316 gigawatts. But what will happen if natural gas prices start climbing? Or if supplies get disrupted?

The Democratic Party wants to lead on climate change. And last month, it said that Democrats will use existing nuclear plants to address that challenge. It won’t be easy politically, but Democrats have an opportunity to prove both of those points in Illinois.

Tell a friend:
Nuclear Plants In Illinois Are Slated For Closure. Will The State's Democratic Politicians Save Them?