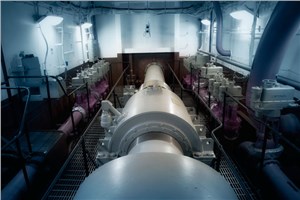 A variety of manufacturing and material procurement activities will be performed under these contracts that will primarily support Virginia-class submarine construction.

BWXT’s facilities in Lynchburg, Va.; Barberton and Euclid, Ohio; and Mount Vernon, Ind. will execute this work over the next several years.

“BWXT is very proud to support the men and women in uniform who depend on these propulsion systems every day,” said Rex D. Geveden, BWXT’s President and Chief Executive Officer. “We appreciate the U.S. Navy’s continued trust in our ability to deliver these components at the highest levels of quality.”

The options were exercised in the fourth quarter of 2017, and activity under these contracts is already underway. Additional naval nuclear reactor component contracts and options are anticipated to be awarded over the next several months.

BWXT has been manufacturing naval nuclear components and reactors since the 1950s, when it designed and fabricated components for the USS Nautilus, the world’s first nuclear-powered submarine. Today, BWXT reactors power the Navy’s Ohio, Virginia, Seawolf and Los Angeles class submarines, as well as the Nimitz and Ford class aircraft carriers.