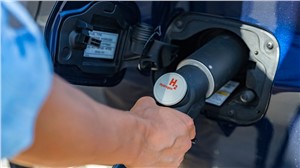 A collaborative project between Southern Company Gas, Electro-Active Technologies and T2M Global to advance a technology for production of clean hydrogen from waste has been selected for funding by the U.S. Department of Energy’s (DOE) Office of Energy Efficiency and Renewable Energy.

The DOE awarded Southern Company research and development $1 million for the project to advance next-generation clean hydrogen technologies and support its recently announced Hydrogen Energy EarthShot initiative, which aims to reduce the cost of and accelerate breakthroughs in the clean hydrogen sector. The project seeks to de-risk, develop and demonstrate high-efficiency, low-cost renewable hydrogen generation for use in transportation and distributed energy applications. Its long-term goal is to remove barriers to commercialization of this clean, renewable fuel.

“Southern Company is committed to reaching net-zero greenhouse gas emissions in its enterprise-wide operations, including Southern Company Gas, by 2050,” said Robin Lanier, renewable gas director for Southern Company Gas. “Having a diverse portfolio of clean fuels is key, and we see great potential in hydrogen technologies. We are excited for this opportunity to work with our partners and the DOE in advancing the wet waste-to-clean hydrogen pathway and to help bring the hydrogen economy to reality.”

The project’s approach targets distributed generation of hydrogen from food waste, diverting the waste from landfills and minimizing greenhouse gas emissions from the food value chain and the transportation sector. The solution will offer waste generators an advanced option to divert large volumes of food waste from landfills and comply with local regulations. The technology is based on use of biology and electrochemistry to break down food waste into electrons and protons and their combination at the cathode to produce hydrogen via small external voltage.

“This project provides a unique opportunity to highlight the feasibility of generating meaningful amounts of hydrogen and a practical means to offset more carbon-intensive fuels,” said Abhijeet Borole, Ph.D., co-founder and president of Electro-Active Technologies Inc. “As the movement toward the hydrogen vector is gaining speed, demand for all sources of hydrogen is increasing. However, developing pathways to clean hydrogen is critical. Funding from DOE’s Hydrogen and Fuel Cell Technologies Office is making this possible. Further, the Biden Administration's focus on hydrogen as the first EarthShot illustrates the need to get to a low-cost, clean hydrogen within a decade.”

Southern Company Gas will lead the project – titled ‘Novel Microbial Electrolysis System for Conversion of Biowastes into Low-Cost Renewable Hydrogen’ – based on core technology from Electro-Active Technologies, an early-stage startup creating waste-to-value solutions.  T2M Global will support investigations into end-use applications, including fuel cell testing. This project will support Electro-Active Technologies’ efforts in demonstrating the waste-to-hydrogen technology at pilot scale in collaboration with its partners.