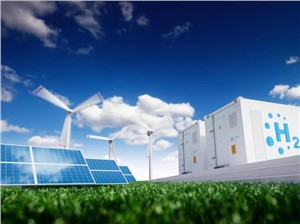 Australian developed battery technology is to be integrated into a renewable hydrogen facility in Malaysia, as part of a collaboration between a local resources company and a Malaysian based green hydrogen producer.

In a statement to the ASX on Monday, TNG Limited said that the company’s vanadium redox flow batteries had been selected to be included as part of the first commercial deployment of the HySustain hydrogen technology at the Malaysian Green Hydrogen Project.

TNG Limited primarily operates as a resources processing company and is developing its own Mount Peake vanadium-titanium-iron project in the Northern Territory. Part of the company’s strategy is to develop its own opportunities to use the materials produced from the resources project in battery technologies.

TNG Limited will also work with AGV Energy to identify potential opportunities to deploy the hydrogen production technology in Australia.

The project is expected to power the production of hydrogen using electrolysis using “project-specific” solar farms and will use the Australian developed battery technology to help provide “long-life” energy storage for the project.

“We are very pleased to have secured this Heads of Agreement with AGV Energy, opening up an exciting pathway to collaborate with them on the development of their exciting green hydrogen HySustain technology,” TNG Limited’s CEO Paul Burton said.

“HySustain is a great opportunity to showcase an integrated VRFB storage solution. We also intend to work with AGV Energy on the potential rollout of HySustain in Australia, given the significant momentum within Australia and the resources industry to move towards a hydrogen-based economy.”

“Our collaboration with AGV Energy is an important further strategic step in our ongoing program to reduce our Company’s net carbon emissions, including future emissions from our flagship Mount Peake Project, given the strong focus from environmental regulators on undertaking proactive measures to reduce carbon emissions globally and for companies to embrace world-leading ESG standards and practices,” Burton said.

TNG Limited has already secured a cooperative agreement with Singapore-based V-Flow Tech to collaborate on the development of a business commercialising the vanadium redox flow batteries, with a particular aim on offering the battery technology for remote and regional applications as well as in residential and commercial battery applications.

Vanadium redox flow batteries are generally very durable, with the ability to provide an easily scalable form of energy storage with a long operating life. However, the relative bulkiness of vanadium redox flow batteries, compared to alternate technologies like lithium-ion batteries, make them more suitable for stationary and grid-connected energy storage applications rather than for use in electric vehicles