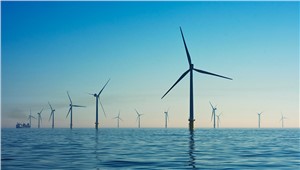 Two new massive offshore wind farms have been proposed for either side of Bass Strait, taking the growing pipeline of projects in a technology that has yet to be deployed in Australia to more than 25 gigawatts.

An Australian based company, Brookvale Energy, is looking at an offshore wind project in Tasmanian waters of up to 2,000MW or more, while the Scotland-based Flotation Energy is looking at a 1,500MW project off Ninety Mile beach in Victoria’s Gippsland region, but possibly using floating wind turbines.

Both projects are in their early stages, and were discovered in RenewEconomy’s research for its newly launched Offshore Wind Map of Australia, the latest in a series of map-based resources for clean energy projects across the country.

There are now at least 12 different offshore wind proposals in Australia, with the most advanced being the 2,000MW Star of the South project off Gippsland in Victoria, which is going through environmental assessments and has mapped out a path for underground transmission to plug into the infrastructure in the Latrobe Valley.

All of the projects are looking to fill the gap that will be left by the impending closure of Australia’s ageing fleet of coal generators, and to seize the opportunities presented by the shift to green hydrogen.

Both of those opportunities will crystallise in the next decade, as the coal generators exit and hydrogen technology matures, which might time nicely with the long development times of these projects.

There are now some $100 billion of offshore wind projects under construction or development around the world and generation costs have come down considerably. Offshore wind farms also have higher capacity factors and often generate at different times to onshore facilities.

Brookvale Energy was formed in 2017 and includes a group of experienced energy, infrastructure and finance professionals led by Glen Kierse.

Its project, the 2,000MW Bass Offshore Wind Project will look to “plug in” to Tasmania’s main grid at the Sheffield sub-station near the port of Burnie on the island’s north coast, although it is yet to settle on a final location for the turbines themselves.

The company did not want to talk about the project just now, but its website reveals that it expects to be able to build a 360MW first stage, but later stages taking the total to 2000MW or more will likely depend on the proposed sub-sea Marinus Link from Tasmania to Victoria.

Brookvale says the first stage would cost around $1.28 billion. It says it is looking to sign an MOU with the Tasmania government to help progress the Commonwealth offshore licencing process.

The main driver of the project, it says, is the replacement of around 10GW of “retiring baseload electricity generation within the NEM with a sustainable, low cost and reliable source of electricity.” It says the wind profile will be complimentary to wind farms in Victoria.

It is also looking at “hybrid” battery storage options in Tasmania and in Victoria that will provide “greater operational and trading flexibility.”

Intriguingly, the location would appear to put it in direct competition with the Robbins Island and Jim’s Plain projects in north-west Tasmania, which are running into opposition from local groups because of the proposed location of the wind turbines and the proposed transmission link.

“There has historically been planning issues with the development of onshore windfarms within Tasmania,” the Brookvale Energy website says.

“Improvements in technology and processes has significantly reduced the costs associated with the construction of offshore wind farms.

“These reductions in construction costs as well as the generally superior capacity factors achieved has meant that top tier off shore wind farms can provide comparable commercial opportunity as onshore wind farms.”

Its Australian operation is led by former Carnegie Wave Energy executive Tim Sawyer, and the company says it has leases and project proposals for 10GW of capacity in the UK, Ireland, Taiwan, Japan and now Australia.

“This is a 1,500MW energy transition project,” its website says of Project Gippsland.

“It will be located in the Bass Strait, off the Ninety Mile Beach coastline. The electricity will be exported to the Latrobe Valley, where there is a strong electricity grid, due to the presence of ageing coal power stations.”