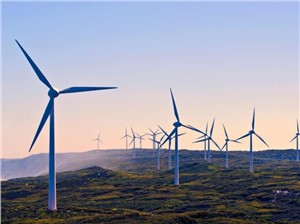 The Forest Wind project, slated to become one of Australia’s largest wind energy projects, has encountered delays, with project developers now telling stakeholders the project could be pushed back by as much as 15 months.

The ambitious project, which is planning to develop up to 1,200MW of new wind generation capacity between the Queensland towns of Gympie and Maryborough – is being developed as a joint venture between Queensland based clean energy developer Clean Sight and equipment supplier Siemens Gamesa.

The $2 billion project would provide a significant boost to Queensland’s wind generation capacity, producing enough power to meet the needs of around one-in-four Queensland households and would be one of the largest wind power developments in the southern hemisphere.

Planning approvals for the project have been fast-tracked by the Queensland state government, with the project proposing to construct as many as 226 wind turbines and support the creation of around 440 jobs.

It is understood that the project’s developers told stakeholders in an update that the project would experience a day of as much as 15 months as the company worked through logistical challenges, much of it due to the Covid-19 pandemic.

“One of the factors impacting the project has been COVID-19, as it has limited our ability to travel, meet with stakeholders and collaborate face-to-face. Whilst we have been able to transition many activities to online meetings and digital work, COVID-19 has created some disruption,” the project developers wrote.

“As a result of this delay, Forest Wind Holdings and Siemens Gamesa are not only taking the opportunity to revise the program and enhance the approach to market.”

Work is still progressing on the project, with the project’s developers continuing to collect and analyse climate and wind data at the proposed site, as well as investigating the potential supply chain and delivery routes necessary to bring necessary equipment to the site.

Works will require the installation of new transmission network connections, substation equipment and developers have flagged the potential to add battery storage to the project, subject to a feasibility study.

The project had initially expected to commence construction activity sometime in 2021, after securing conditional development approval in early 2020, with an aim to have the first stage of the Forest Wind project operational by 2023. But it now appears likely that construction will not commence until sometime in 2023.