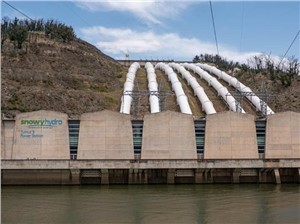 The NSW government has launched a $50 million Pumped Hydro Recoverable Grants Program, as it looks to add as much as 3,000MW of new long-term dispatchable storage capacity.

The grants program is expected to be open for applications in the third quarter of 2021, with the first tranche of grants to be awarded before the end of the year.

The ‘recoverable grants’ are designed to assist projects to proceed through their pre-investment activities, with the grant to be repaid back to the NSW government once the project has reached financial close.

Unsuccessful projects that undertake their pre-investment works but do not reach financial close will not be required to repay the grant, with the program helping to reduce the exposure risk for project developers.

Through the program, the NSW government is aiming to support up to 3,000MW of new projects to commence operation before the end of the decade.

“Pumped hydro is recognised as the most established form of long duration storage. It provides large amounts of reliable electricity on demand by storing surplus renewable energy and releasing it into the grid when demand exceeds supply,” the program’s guidelines say.

The program forms part of a wider ambitious plan of the NSW government to support the addition of up to 12GW of new renewable energy generation capacity across the state, as it prepares for the exit of a significant proportion of the state’s ageing fleet of coal fired generators over the next 15 years.

The ambitious Electricity Infrastructure Roadmap is expected to support up to $32 billion in new electricity infrastructure investment by 2030 while working to both lower energy costs and emissions in New South Wales.

Supporting this plan will be the creation of up to five dedicated renewable energy zones across New South Wales, which will coordinate the investment of new wind, solar and storage projects with the necessary network and grid support infrastructure.

This includes the New England Renewable Energy Zone, which was recently opened to expressions of interest, which is expected to attract up to 8,000MW of new project proposals.

The launch of the New South Wales program comes on the same day as the Queensland government announces that it will commit $22 million towards the completion of a feasibility study into a new pumped hydro plant in the south-east of Queensland.