Greens Are Right: Exploded Callide Turbine Should Be Replaced by a Big Battery 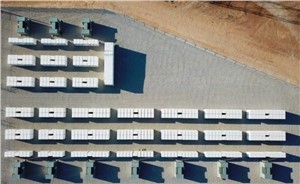 In the interminable madness of Australia’s debate about energy politics, it has taken a Greens member of state parliament to cut through and demonstrate an understanding of technology and economics that appears beyond the major parties.

Queensland state Greens MP Michael Berkman said on Wednesday that the idea of spending hundreds of millions of dollars on replacing the destroyed coal power unit – as proposed by the state-owned CS Energy, and eagerly supported by both Labor and the LNP – was nuts.

“Coal is increasingly expensive and unreliable – for the cost of patching up this out-of-date technology, Queensland could have another big battery.”

And Berkman is right. He proposes spending around $150 million to construct a new big battery – which could play a critical role in avoiding the catastrophic impacts and blackouts that occurred when the Callide unit exploded – and another $50 million to a transition program for workers.

“We know that early closures will be necessary for the state government to meet even its 50 per cent renewables target by 2030,” Berkman told NCA NewsWire.

“Why not put a plan in place for workers now rather than springing redundancies on them in a few years time? Coal workers and communities have helped build this state, so they deserve a fair go.”

His plan makes sense, and is in stark contrast to the sort of nonsense for a new coal generator being proposed by LNP Senator Matt Canavan on his Twitter account, which now features a photo of his face sprinkled with coal dust, or the refurbishments apparently endorsed by the state Labor government.

Queensland currently does not have a big battery. One, at Wandoan, is being built by Vena for AGL and will feature 100MW/150MWh of storage that can provide frequency control and store excess power for use in peak periods.

Others are planned. State energy minister Mick de Brenni even announced a “big battery” blitz immediately after the Callide event, announcing a 150MW two hour battery to be built at the Tarong coal plant owned by another state owned generation company Stanwell Corp.

He should take a similar proposal to CS Energy and Callide.

Neoen has plans for a 150MW two hour battery next to its Western Downs solar farm, which at 400MW will be the state’s biggest when complete next year, and there is talk of ramping up the storage capacity to 1,000MWh.

Other big batteries are mooted for Neoen’s Kaban renewable energy hub in north Queensland, next to AGL’s Coopers Gap wind farm, and at various renewable energy projects yet to be built, such as the Banana Range and Wambo wind farms, and another solar farm in the Western Downs.

The Greens call for a big battery at Callide is supported by the Queensland Conservation Council, whose director Dave Coleman said: “It’s as if the gearbox has failed on CS Energy’s 20-year-old car. Why would they spend money on an inefficient car approaching the end of its life when they could buy something more reliable, cheaper and fit for the future?”

He noted that large-scale storage could have played an important role in keeping the grid stable when Callide exploded, and potentially avoiding the multiple land trips, generator losses and load shedding that occurred that afternoon.

The unions, though, are not having a bar of it, which probably explains why Labor doesn’t know whether it should be doing a battery blitz or building a new coal generator.

“Experts who attended the energy forum in Gladstone a month ago all admit that – there are no jobs in the green energy sector. And the sooner they get that out in the public and all the latte sippers on the West End of Brisbane understand that, the better off they’ll be.”

Tell a friend:
Greens Are Right: Exploded Callide Turbine Should Be Replaced by a Big Battery