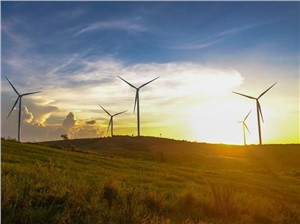 A new study published by the Lawrence Berkeley National Laboratory’s Electricity Markets and Policy group (EMP) shows that the queue of new wind and solar capacity in the United States scheduled for connection to the grid has reached record levels, alongside the new capacity of battery storage projects.

“We find that the total capacity active in the queues is growing year-over-year, with over 750 GW of generation and an estimated 200 GW of storage capacity as of the end of 2020”, the researchers found. “Solar (462 GW) accounts for a large – and growing – share of generator capacity in the queues. Substantial wind (209 GW) capacity is also in development, 29% of which is for offshore projects (61 GW). In total, about 680 GW of zero-carbon capacity is currently seeking transmission access, as is 74 GW of natural gas capacity”.

The EMP research also finds that ‘hybrid’ projects – solar combined with storage – are rising as a share of generation capacity due to be connected to the grid. The number of new gas projects in the US is largely in decline, with the exception of the South East region. Wind and solar are booming in all regions, though the quantity of planned wind capacity has seen a slight decline. The quantity of storage capacity added to the queue in 2019 and 2020 was several times larger than previous years.

The report also highlights that not every project in the connection queue ends up being built. “Among a subset of queues for which data are available, only 24% of the projects seeking connection from 2000 to 2015 have subsequently been built. Completion percentages appear to be declining, and are even lower for wind and solar than other resources”, the report finds. This is due to cost, lead times and speculation, to which wind and solar are particularly vulnerable. Nuclear power was found by the analysis to have the longest times in connection queues, for projects without interconnection agreements.

The majority of renewable development is occurring within Texas, Arizona, Indiana and California, with one offshore project planned in New York.

The United States government, led by President Joe Biden, has a plan to achieve 80% clean power by 2030 and 100% clean power by 2035. The government has recently begun taking first steps towards accelerating the growth of offshore wind power and electric vehicles, but faces a cluster of significant hurdles in realising the legislation required to transform the country’s power system. Gas-fired power, in particular, will be a threat to the goals, with many new gas plants likely to overshoot the deadline for clean power without early closure.