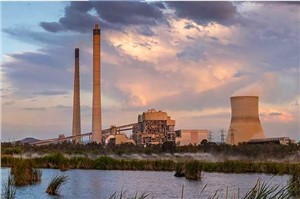 Around 375,000 homes and businesses across South-East Queensland lost power on Tuesday afternoon, in a major energy system incident and amid reports of an “explosion” at the Callide C coal fired power station near Biloela in central Queensland.

The outages extended from the Gold Coast, across parts of Brisbane and north to Caboolture. Outages had also extended to parts of Cairns, Townsville, Mackay, Rockhampton, Bundaberg and Gladstone. Most homes have had power restored within two hours of the announcement.

CS Energy, which owns Callide, tweeted that there were reports of a fire in one of the turbines at the power station, forcing all three of its units offline.

According to the Australian Energy Market Operator, the outages at Callide resulted an unexpected loss of around 835MW of generation capacity, with a follow-on impact on the transmission network, triggering multiple losses of transmissions line connections and about 2,000MW of load was disconnected.

As of 3.10pm, Ergon Energy said that the majority of effected households had been reconnected with supplies of power, but that around 85,000 premises still remained without power.

“250k [Queenslanders] affected by today’s mass outage are now restored. We’re advised the outage is due to a loss of generation at a power station. We’re working with agencies & station operators to restore supply to our network as soon as power is available,” Ergon Energy said in a tweet.

In a market update published at 4.15pm, AEMO said that the issues with the transmission network connections had been resolved, and that “permission to restore all load has been given”. AEMO said that around 2,300MW of load in Queensland had been interrupted, with an additional 40MW of load in New South Wales impacted.

“AEMO can confirm that the National Electricity Market is operating in a stable environment and that generating units are returning to service and customers are being progressively restored,” AEMO’s statement said. “The supply demand scenarios are currently being assessed.”

AEMO has also commenced negotiations through the Reliability and Emergency Reserve Trader (RERT) mechanism, to directly contract with additional supplies of power in Queensland.

Reports of the incident indicate that it may have been triggered by an “explosion” at the Callide C power station, owned by CS Energy.

Personnel from the Queensland Fire and Emergency Services had been called to attend an incident at the Callide plant shortly before 2pm. A QFES spokeswoman has told media that there was an uncontrolled fire within turbine at the plant, and that staff had been evacuated from the site.

In a subsequent update posted to Facebook, the Queensland Fire and Emergency Services said that they expected the fire at the Callide power station to be a “prolonged” event, and that a 550 metre exclusion zone had been established around the power station. Multiple fire service crews were in attendance at the power station.

“We immediately evacuated the power station and called emergency services to attend site. At this stage, there are no reported injuries,” the Tweeted CE Energy statement said.

“We are investigating the incident and will provide further updates as they become available.”

Power prices jumped in Queensland as a result of the outages, with bidding pushing forecast prices up to the market cap of $15,000/MWh in the late afternoon. The loss of transmission lines means that some generators may no longer be connected to the grid.

And, as David Dixon from analysts Rystad Energy notes, Queensland’s relatively cumbersome fleet of coal generators only has a very small ramping capacity, compared to NSW and Victoria. It can manage only 500MW a minute, due to its reliance on coal, compared to more than 2.5GW in NSW.

Callide previously has had issues with coal quality, including one instant a few years ago when it was forced to ramp down its output because the coal delivered was not good enough to put into its boilers.

The Callide C units are some of the newest coal generation units in Australia, with the plant having been commissioned in 2001.