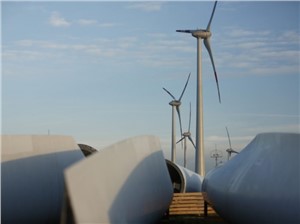 Germany’s governing coalition has agreed higher renewable expansion goals for next year but failed to set longer-term targets for the years up to 2030.

Parliamentarians from the Social Democrats and the conservative CDU–CSU union decided to increase solar PV capacities foreseen for auctions in 2022 three-fold, from 1.9 gigawatts (GW) to 6 GW.

The tender volume for onshore wind capacity will be raised from 2.9 GW to 4 GW, energy minister Peter Altmaier announced at a press conference last Thursday. Altmaier called it a “brave” decision, which he said had been difficult to reach by the coalition partners.

Altmaier said it was a sensible decision to give renewables a short-term boost and leave the rest to the next government that will be formed after the general elections in autumn 2021.

When the government and Parliament passed its latest reform of the Renewable Energy Act (EEG), which describes the growth path of renewable energies until 2030, the lawmakers insisted on further amendments to be made in the first quarter of 2021.

This included the adjustment of the renewables target in the power sector (currently set at 65% by 2030) and correspondingly higher renewable capacity goals.

However, due to a lobbying scandal involving energy politicians of the CDU–CSU parliamentary group, the deadline passed without results.

Members of the opposition Green Party in Parliament said the new decision was “not more than the minimum in necessary corrections.”

“The industry has been waiting for a clear investment signal for the faster expansion of wind and solar energy for more than a year,” the party’s Julia Verlinden and Oliver Krischer said, adding that the increased EU climate target for 2030 was not taken into account.

“The new EU target of 55 percent greenhouse gas reduction corresponds to a reduction of 65 percent for Germany in 2030 compared to 1990. Additional tendering volumes for 2022 are not sufficient here,” Simone Peter of the German Renewable Energy Federation (BEE) said.

Instead, Germany would need an overall increase in installed capacity to 205 GW photovoltaics and 95 GW onshore wind, she said.

Altmaier said that in order to achieve the higher expansion volumes decided by the coalition, planning procedures for onshore wind installations would be simplified.

This included exceptions for repowering of old wind parks and creating more potential areas suitable for turbines due to changes to flight security rules.

While the wind industry welcomed the additional capacity for 2022, solar industry association BSW said they were overall disappointed.

“You can’t put out a devastating forest fire with a fire extinguisher, and you can’t prevent climate collapse with four gigawatts more photovoltaics,” said BSW managing director Carsten Körnig. The BSW called for the installed photovoltaic capacity to be quadrupled by 2030.
Renewable surcharge on power price capped at 5 ct/kWh

The coalition parties also decided to cap the renewable energy surcharge that consumers pay on their power bills at a maximum of five cents per kilowatt-hour in the years 2023 and 2024. This will be financed through the national budget, Altmaier said.

Ingbert Liebing, head of utility organisation VKU, said that this agreement was reassuring for the immediate future but “it is no substitute for the urgently needed fundamental reform of the system of taxes and levies on energy.”

“All in all, the coalition has made some good corrections for the immediate future but all the larger decisions have been postponed to the next legislative period,” Liebing said.