Climate Agencies Are Being Gassified As Australia Ramps Up International Greenwash 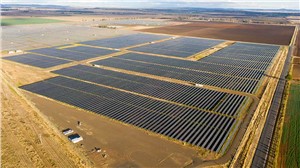 The heat is on for Australia’s government to create a fabricated impression of climate success and sell that fabrication to the world to stave off criticism. Last month, there was a full-effort trial run of this process during the election campaign of Australia’s former finance minister and now new Secretary-General of the Economic Co-operation and Development (OECD), Mathias Cormann. That mostly involved painful contortions of Australia’s emissions data and climate targets, and it seems that it worked pretty well for Cormann.

US President Joe Biden, as I wrote this week, is very likely to announce a significant increase in their 2030 climate ambition – possibly, a doubling. Australia’s PM Scott Morrison is giving millimetres of movement on a 2050 target, but is absolutely certain to give no room whatsoever to a shift in Australia’s 2030 climate target.

In what seems like a pre-emptive move, the network of ambassadors and spokespeople of Australia’s government around the world seem to be posting more frequently about what they present as evidence of Australia’s ambition. It tends to centre on “technology”, more recently renewable energy and specifically solar.

The tone, which you can browse in this custom search query I’ve created here, is very significantly different to the domestic conversation. No one is saluting coal trains, here. The technologies are shiny, the tone is optimistic and the citations are not needed.

A lot of these numbers do indeed check out. Australia’s rooftop PV installations are, per person, easily the highest in the world, according the latest numbers. And Australia’s share of wind and solar are indeed double that of the world’s average. There are a few errors, too – Australia’s government predicts the country to reach 50% renewables by 2030, not 2025. And a few odd choices of imagery – the Neoen-Tesla Hornsdale battery was once derided as a ‘big banana’ by the current PM, but features in the video. And Boiling Cold author Pete Milne points out there’s a shot of the Gorgon carbon capture facility, a notoriously delayed project at a West Australian gas mine potentially facing fines for failure to capture sufficient carbon.

But the carefully crafted rosy numbers hide the true story. As analytics firm Ember shows, for the electricity sector, Australia’s high rate of renewable growth is rising off a very low base, and Australia has among the highest energy usage in the world.

Tell a friend:
Climate Agencies Are Being Gassified As Australia Ramps Up International Greenwash