Push for Smarter Grid Reaches Under Rooftops and Into South 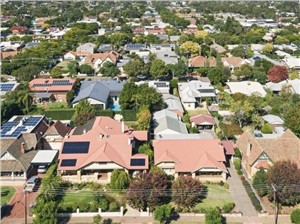 South Australia’s bid to harness the vast demand-response potential of the state’s behind-the-meter resources has this week stepped up a notch, reaching past solar inverters and battery storage systems to seek better control over major household appliances and hot water systems.

As part of the proposal, the government has called for feedback on plans to mandate smart capabilities in the listed appliances, that would allow customers to use renewable energy when it is abundant and cheap, while also helping to balance the grid by soaking up excess wind and solar.

The newly proposed standards – which would require a revision of the state’s water heater restrictions – are a continuation of efforts to enable flexible load, as well as to manage the challenges arising from the increasing and unmanaged supply of rooftop solar power to the grid.

Contained under the one “Smarter Homes” umbrella, the suite of regulatory changes – both proposed and already in place – is expected to revolutionise the way distributed energy resources interact with the grid in South Australia.

Most notably, so far, this has resulted in the state’s fast-tracked introduction of strict new inverter standards, in late September of last year, that require solar households to nominate an “agent” that is empowered to switch off their solar if asked to do so by the market operator.

As RenewEconomy reported at the time, the introduction of the inverter rule change coincided with the anniversary of South Australia’s infamous “system black” of 2016, a state-wide black-out caused when freak storms flattened powerlines and triggered a series of catastrophic system and generator faults.

That system black had nothing to do with rooftop solar – and as AEMO noted after the event, was not about large-scale renewables, either – but it drove home the need for a “smarter” and more agile grid, and for AEMO to better understand the characteristics of the resources at its disposal.

“All South Australians want cheaper, cleaner and more reliable power, and this world-leading transition to smarter homes means we can all contribute to a cleaner environment whilst saving money on our bills,” said the state Liberal government’s energy minister, Dan van Holst Pellekaan.

“At times, we have an overabundance of renewable energy and at other times we rely on more expensive fossil fuels to supply what we aren’t getting from the wind and sun.

The word “voluntarily” in this case applies to customers, only. That is, while the government’s proposed changes would make it mandatory for new appliances to have these capabilities built in as a standard, it would be “entirely up to customers” whether or not they choose to use them.

This differs from the new rules for solar inverters, which are mandatory across the board. It also suggests that policy makers, regulators and retailers will have to work together to make the adoption of “smart appliances” attractive enough that households will be motivated to shell out for them, in the first place, and then to enable their demand-response capabilites.

“Retrofitting these appliances can be expensive and labour intensive, but new technology means that it’s cheaper and easier for South Australians if they come as a standard feature,” said van Holst Pellekaan.

On the hot water front, the government consultation guidelines include suggested updates to the 2009 standards for water heaters the government argues “no longer reflect the technological and environmental opportunities which electric hot water storage can offer today.”

According to the current government requirements, which encouraged the installation of “low greenhouse gas emission (low emission) water heaters,” the focus was on high-efficiency gas, solar or electric heat pump systems.

Suggested updates to these standards would proposes re-allowing electric tank hot water systems, which would allow hot water to act like a solar battery, building on some of the state’s existing trials.

One such trial, announced in early February, will aggregate more than 2,400 S.A. residential electric hot water systems to act as a virtual big battery, helping to soak up excess rooftop solar power in the form of low-cost electricity and providing a cheap and scalable form of demand management.

The $9.9 million trial, which is being backed by both the South Australian government and the federal government, via the Australian Renewable Energy Agency, will use the technology of Rheem Australia’s renewables brand, Solahart.

Using a similar model to solar and battery-based virtual power plants, the Active Hot Water Control project households participating in the trial will be rewarded for such services as curbing electricity usage at peak times, participating in electricity price arbitrage, and providing network services to the grid.

Tell a friend:
Push for Smarter Grid Reaches Under Rooftops and Into South Australia Homes