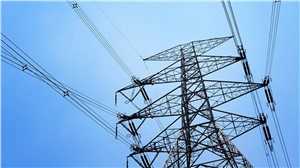 Plans for a massive green hydrogen production facility in Western Australia are a step closer to realisation, after the proponents secured an agreement with Western Power to undertake initial studies for new transmission network link.

Infinite Blue Energy is proposing to build one of the world’s largest renewable hydrogen production facilities in Western Australia, with a $350 million plan for the Arrowsmith green hydrogen project that would include 160MW of onsite wind and solar projects and the ability to produce as much as 25 tonnes of zero emissions hydrogen each day.

While the Infinite Blue Energy plans to produce more than three-quarters its power needs from the onsite renewable energy projects, the company has secured an agreement to partner with Western Power to undertake initial planning work for an additional 330kV transmission network link to the proposed green hydrogen facility.

The network connection would allow the project to draw upon renewables being produced elsewhere in the Western Australian grid and to continue producing green hydrogen during periods when local wind and solar availability is low.

Through the cooperative agreement, both Infinite Blue Energy and Western Power will progress early studies into an upgraded transmission link between Eneabba to the site of the proposed Arrowsmith project, to be located around 300 kilometres north of Perth.

Infinite Blue Energy expects that the project will produce an estimated 5,000GWh renewable electricity each year, with the prospect that some surplus power could be fed back into the grid to serve Western Australian consumers.

“What’s most exciting about the design is its ability to draw on a variety of environmentally sustainable fuel sources to produce reliable baseload power and green energy without a carbon  footprint,” Gauld added.

“Should green electricity be available when wind or solar power is low, then the Arrowsmith Hydrogen Plant could draw on green electricity to supplement the production of green hydrogen which is what makes this so compelling.”

The results of the network studies will inform Infinite Blue Energy’s final investment decision on the massive hydrogen project, which it expects to make in January next year.

The Arrowsmith project has been planned for two stages, with the initial stage aiming to supply green hydrogen in to the local Australian market, with Infinite Blue Energy harbouring larger ambitions to eventually export green hydrogen into the Asia-Pacific market.

The project is just one of a number of massive green hydrogen projects being considered for Western Australia. The Asian Renewable Energy Hub, which could become one of the world’s largest energy projects, with as much as 26GW of wind and solar capacity being considered as part of a plan to export green hydrogen into the Asian region.