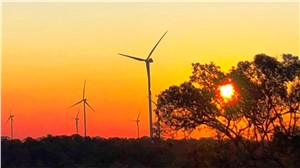 That the states of Australia are stepping well ahead of the federal government on climate action is no mystery. As the Prime Minister Scott Morrison and the federal energy and “emissions reductions” minister Angus Taylor stall, distract and obfuscate, the problems get deeper. Yesterday, federal MP Craig Kelly issued an anxious pre-emptive strike to the federal leadership, presumably after seeing China, South Korea, Japan and (probably) the US get on track to net zero by 2050. “Net zero would cause a lot of pain to a lot of people in a lot of electorates,” Kelly told Guardian Australia, definitely referring to very specific people in very specific electorates.

As this unending, self-repeating and utterly exhausting federal pantomime continues, every single state in the country has established a 2050 net zero emissions reduction target, and to varying degrees, each have begun the actual policy and practical steps to create this change on a scale that gets the country where it needs to be in the next few decades. The most fascinating element of this state-level climate action that has spread across the country is the political diversity. The conservative Liberal party leads New South Wales, South Australia and Tasmania. The centre-left Labor party holds the Australian Capital Territory, the Northern Territory, Queensland, Victoria and Western Australia. And, fascinatingly, we do not see a political divide among these states when it comes to hard decisions on climate action.

The weird quad-partisan world of state climate politics
Yesterday, New South Wales’ state government released a detailed and relatively beefy ‘roadmap‘ for new energy infrastructure over the coming decades. There is plenty to dig into, but it’s important first to note how weird this moment was. This was essentially a climate policy for guiding investment in clean energy that was supported by: