the Osborne Effect: Why New Car Sales Will Be All Electric in Six Years 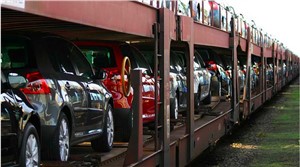 On Monday, we wrote about the changes in investor thinking that had pushed the value of Tesla to the point where it has already become the most valuable car company in the world, even though it had barely one thirtieth of its predecessor, Toyota’s,  new car sales in 2019.

The focus is very much on the future, and what is likely to happen when the “ticket price” of electric cars falls closer to that of their petrol and diesel equivalents, spurred on new emission standards, technology progress and customer preference.

In that story we included this remarkable graph, courtesy of Professor Ray Wills from Future Smart Strategies (and a director of Horizon Power and an adjunct professor at UWA). See  It’s taken Tesla just 10 years to end Ice Age for Big Auto and Big Oil

It sparked a lot of interest, so we decided to find out more. Is this just a wild prediction? And how does Wills back up his forecast?

This is what Wills told us.

In the mix, hybrid sales have improved – but not to such an extent that would suggest that a breakout and swap from ICE (internal combustion engine) to hybrid is in the offing.

A laggard response by Toyota to electrification and a push by Toyota for hybrid sales as an alternative to battery electric vehicles simply reflects their dominance in that sector.

Tell a friend:
the Osborne Effect: Why New Car Sales Will Be All Electric in Six Years