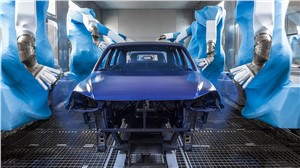 Launched just ten months ago – and already remarkably successful: Volkswagen Group’s Carbon Fund has already contributed to many successful projects up to the end of 2019. The savings amount to more than 170,000t CO2. And now the next stage has begun: 25 million euros is available annually.

It was only launched ten months ago – and it is already evident that this 25 million euro investment has paid off! We are talking about the so-called CO2 Fund, the “Carbon Fund” of the Volkswagen Group. This money, which was approved by the Group’s Board of Management in February 2019, will be used to implement internal climate protection measures – based on an innovative concept.

All Volkswagen Group brands can apply for these financial resources. The prerequisite: they must submit projects that reduce CO2 emissions, improve energy efficiency or generate other savings. The aim is also to accelerate innovation and strengthen new business models, promote cross-divisional cooperation and improve the Group’s reputation through projects with a high level of impact and visibility. Another key aspect in ensuring that a project receives support from the 25 million euro fund: It should be transferable to various Group locations.

Already in the first year (2019) of the Fund, more than 94 energy efficiency projects were successfully evaluated by the “Carbon Fund” jury, resulting in their implementation.

The successful project will now be repeated year after year. New projects have already been decided for 2020.

Decarbonization in the Volkswagen Group requires the implementation of many individual projects. Below are some examples of the projects made possible in 2019 with the help of the Carbon Fund: