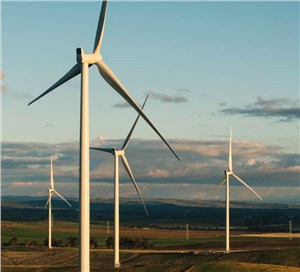 Curtailment of wind and solar generation reached record levels in South Australia in the latest quarter, amid record wind generation and the struggle to find gas generators that could stay on line as the price of electricity fell.

The Australian Energy Market Operator, in its latest Quarterly Energy Dynamics said that the level of curtailment in South Australia reached 76GWh, or about 10 per cent of the state’s non-synchronous generation.

AEMO poses strict rules that limit total wind and large scale solar output to 1295MW at any one time if there are not enough gas generators available to protect what it calls system strength.

That curtailment happened most times the output reached that level (see graph below) – South Australia now has some 1800MW of wind capacity and a rapidly growing large scale solar capacity now standing at 110MW. AEMO says it had to impose some form of curtailment for 26 per cent of the time during the quarter.

This was the highest amount on record and 34GWh higher than the next highest quarter (Q3 2017),” AEMO said. “Key drivers were record high wind generation and insufficient synchronous generators being available to meet system strength requirements.”

All told, the level of market interventions fell below the previous quarter, but still averaged around 40 per cent, although there is hope that such interventions will be less frequent as new grid management practices, and technology investments such as synchronous condensers, are installed.

Those interventions cost around $7.4 million in compensation payments, but this appears more than offset by a significant fall in wholesale pricesin South Australia – and neighbouring Victoria – because of the growing share of wind and solar.

AEMO noted that renewable generation in the NEM (National Electricity Market) reached record quarterly levels, comprising more than 20 per cent of the supply mix for the first time on record.

“The average wholesale electricity prices were lower in all regions than in the corresponding period last year (Q3 2017),” it says.

“On the mainland, the two largest decreases were in Victoria (-$19/MWh) and South Australia (-$8/MWh). Lower prices in these regions were a function of temporal factors such as higher hydro output, as well as more persistent factors such as new supply from large-scale solar and wind coming online.”

There were some other interesting observations.

In Queensland, the growth in both rooftop and utility scale solar pushed down the price of wholesale price – to below 60/MWh for more than one third of the time during the quarter, particularly during the day.

That meant that despite an increase in average availability of 265MW from the state’s considerable coal fleet, the average generation actually reduced by 155MW due to the increase in the duration of lower priced periods.

In NSW, the ageing coal fleet recorded its lowest availability since Q2 2016, largely due to extended unit outages at Bayswater and Vales Point power stations.

But despite a 1,160MW decrease in availability of New South Wales coal-fired generation, there was only a 110MW reduction in actual output as plants were run harder and some actually shifted from $80- $100/MWh price bands to $60-80/MWh price bands.

Gas generation also continued its downward trend, and for the first quarter on record, the total share of gas generation was lower than wind output, and at its lowest level since 2006.