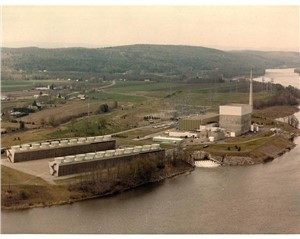 Socioeconomic Impacts from Nuclear Power Plant Closure and Decommissioning takes a unique look at these impacts, particularly the barriers to planning and mitigation, and offers recommendations to nuclear closure communities. The investigation was funded by the U.S. Economic Development Administration, an agency of the Department of Commerce.

“These communities continue to face real losses and ongoing hardship,” said Jim Hamilton, Founder and Executive Director of the Nuclear Decommissioning Collaborative. “While there is increased attention being paid to the plight of these communities, economic development planning remains a challenge and many struggle finding the capacity to begin their recovery.”

This is particularly poignant for those plants that are closing prematurely, for regional economic or political reasons. Many plants are closing because regional markets favor natural gas and renewables and punish nuclear for its continuous electricity production under all conditions, even extreme weather.

Many of the nuclear plants that are closing are ones located in areas with considerable transmission constraints, but instead of installing more transmission lines, nuclear has to pay a congestion fee because it just produces low-carbon electricity all the time, as if that’s a bad thing.

Take the closure of Vermont Yankee nuclear plant in 2014. It was purely political, not even myopically economic. It also devastated the local economy in Vernon, raised electricity rates in the state, destroyed Vermont’s hitherto excellent carbon footprint, and caused more gas and hydro imports. And as a slap in the face to the people of Vernon, Vermont paid top dollar for nuclear–generated electricity from Massachusetts.

Or take NextEra Energy’s closing of Iowa’s only nuclear plant, Duane Arnold, set for this year. Officials say closing the nuclear plant will provide as much as $42/year in savings for residential customers.

What? Save 42 bucks to lose 5 billion kWhs of carbon-free electricity by building two new gas plants for a billion dollars, or to spend $2 billion on new wind farms? To lose 2,000 local jobs? To devastate the local economy? Do the people of Iowa really understand this?

But it’s like this everywhere. Nuclear just needs a penny/kWh subsidy in most places, so accepting this level of loss is strange. Is a penny too much to save the planet? To save a local economy. Wind and solar get twice that and they have yet to approach nuclear in low-carbon power production.

Not that I begrudge wind and solar their subsidies, but if we are going to address global warming, let alone help local economies in the post-pandemic recession, nuclear needs to join them in being supported. Besides whenever a nuclear plant closes, natural gas always takes its place, never renewables like is promised.

A typical nuclear power plant may operate in a relatively rural area and contribute upward of $400M annually to the local and regional economies, ten times the total needed to provide that penny subsidy. No other power source provides its community so much support.

And nuclear jobs are the best – the safest, the highest paying and according to the DOE, ten much more abundant. Per 1,000 MW capacity, nuclear produces 500 permanent jobs, coal 220, wind 90 and natural gas 60.

How does this make sense? And how can it justify the tiny economic reasons for the closing in the first place? There is so much more to consider than just the extra penny per kWh.

Findings from the report include:

Recovery planning in the event of closure is best undertaken while the nuclear power plant is still operational.

These premature closings leave the spent fuel orphaned onsite without the plant’s revenue to provide the cost of storage, another reason why we need a national centralized interim storage facility for spent nuclear fuel. Spending money on dozens of storage facilities when one will do, is another waste of money that could go to help these communities.

The decision to close a perfectly good nuclear power plant well before it should have to close, is a complex decision that usually has to do with short-term profits and politics.

But not long-term strategic thinking or concern over climate change.

And certainly not with concern over people’s lives.

State governments need to understand what they are doing to their small towns, and who they are hurting, by not supporting these communities with state funding that is a fraction of the amount lost by the closing itself.