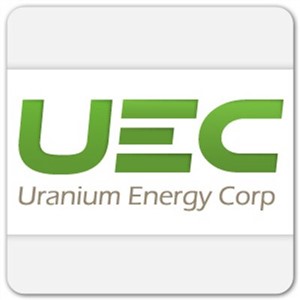 Uranium Energy Corp (NYSE American: UEC, the "Company" or "UEC") applauds the U.S. Department of Commerce ("DOC") for negotiating an amendment to the Agreement Suspending the Antidumping Investigation on Uranium from the Russian Federation ("RSA") that reduces America's dependence on Russian natural uranium concentrates up to 75% from prior levels. An initialed draft agreement between the DOC and Russia's State Atomic Energy Company Rosatom, was released for public comment on Friday, September 11th.

Secretary of Commerce Wilbur Ross, stated: "This draft agreement represents an important step forward for the American nuclear industry.  If finalized, it will contribute to the restoration of America's nuclear energy advantage and protect the domestic industry from dumped Russian uranium."

UEC Chairman and Former U.S. Energy Secretary, Spencer Abraham, stated: "The DOC should be commended for their work to limit Russian imports, while balancing the interests of the U.S. nuclear utility consumers and the domestic uranium fuel cycle industries. This milestone will set the stage for growth and opportunity in the domestic uranium mining industry.  Most importantly, the amendment protects our national security interests by avoiding an over-reliance on Russian nuclear fuel for our nuclear generating stations that provide 20% of America's electricity and about 55% of our carbon-free energy.  The new RSA, plus the establishment of a strategic national Uranium Reserve ("UR") of domestically mined and converted uranium will go a long way toward fulfilling the Administration's strategy to restore American nuclear energy independence."

UEC CEO, Amir Adnani, added that; "America's commercial reactor fleet needs domestic uranium for supply diversity and assurance in their contract portfolios. With no U.S. uranium production today, and many supply-chain challenges globally, there is a clear opportunity for our Company as a low-cost, domestic uranium supplier with licensed projects in energy and mining friendly states like Texas and Wyoming. The strong bipartisan support for nuclear energy in the United States is exciting and we are looking forward to playing an important role in America's energy independence, and carbon-reduction goals in the coming years."

The RSA was set to expire at the end of this year and allowed approximately 20% of U.S. low enriched uranium ("LEU") requirements to be imported from Russia. The amended agreement considers the components of nuclear fuel in LEU with various limits depending on the specific component. The amount of enrichment services varies but are set to average about 17% of U.S. requirements through 2040 and are capped at 15% after 2027.

Tell a friend:
Uranium Energy Applauds the US DOC on a Historic Agreement to Reduce US Dependence on Russian Nuclear Fuel