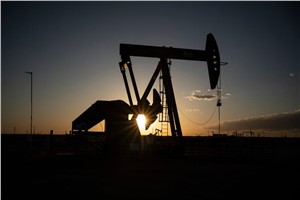 Apache reported today a loss of $386 million in the second quarter, or the three months to June 30th, as its U.S. production fell to 251,000 barrels per day (b/d) of oil or the equivalent in the second quarter, down 11% from the first quarter. The drop was partly because it had curtailed some 23-25,000 b/d in U.S. production sometime in the first quarter, although it has now restored much of that.

Apache's large loss and lower production will not surprise investors. Like other oil and gas firms, Apache has been battered by evaporating demand for oil and gas as people around the world stay home to mitigate the COVID-19 pandemic.

In some good news for the embattled producer, Apache announced a "major" oil discovery offshore the South American nation of Suriname, where Apache is developing at least two other recent discoveries. Chief executive officer John Christmann IV called it the firm's "best well yet."

That adds some wind to its sails after it redirected upstream capital spending away from U.S. production during the second quarter. With only around half of its current production coming from the U.S. — a smaller share than many other U.S.-focused independents — Apache said it aimed its recent capital investments at "higher-return international opportunities." Besides Suriname, its international portfolio includes assets in the U.K.'s North Sea, where it produces roughly 60,000 b/d of oil or the equivalent, and Egypt, where it produces around 125,000 b/d of crude oil or the equivalent. ("Oil or the equivalent" is an industry term that tallies crude oil, natural gas and other petroleum liquids in terms of barrels of oil based on energy content.)

Apache has been in aggressive cost-cutting mode since last year, when, roughly three years after its much-ballyhooed discovery of a patch of Permian Basin shale in West Texas called Alpine High, it took a write-down of $3 billion on the discovery. Alpine High turned out to contain a lot of natural gas, but not much oil.

To please investors that suddenly find themselves with little appetite for prolific but costly shale plays, Apache, like others, is focusing on returns and efficiency, an about-face from years of focusing on little but pumping as much oil and gas as possible.

"Our objectives remain unchanged despite the extreme market volatility in 2020," said Christmann, the chief executive. "We will budget conservatively and return free cash flow to investors, initially in the form of debt reduction; maintain a balanced and diversified portfolio; and prioritize investment for long-term returns over production growth."