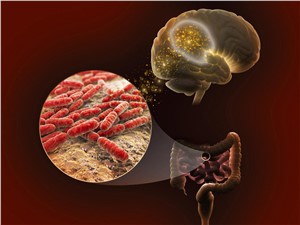 A new study is among the first to trace the molecular connections between genetics, the gut microbiome, and memory in a mouse model bred to resemble the diversity of the human population.

While tantalizing links between the gut microbiome and brain have previously been found, a team of researchers from two U.S. Department of Energy national laboratories found new evidence of tangible connections between the gut and the brain. The team identified lactate, a molecule produced by all species of one gut microbe, as a key memory-boosting molecular messenger. The work was published April 17 in the journal BMC Microbiome.

“Our study shows that the microbiome might partner with genetics to affect memory,” said Janet Jansson, a microbial ecologist at Pacific Northwest National Laboratory (PNNL) and a corresponding author of the study.

Scientists know that mice which have been fed microbes that benefit health, called probiotics, experience several positive benefits. Scientists also know that microbes produce molecules that travel through the blood and act as chemical messengers that influence other parts of the body, including the brain. However, it wasn’t clear which specific microorganisms and microbial molecular messengers might influence memory until now.

“The challenge is that a mouse’s unique genetic makeup and environmental conditions also impact its memory and microbiome,” said Antoine Snijders, a bioscientist at Lawrence Berkeley National Laboratory (Berkeley Lab) and co-corresponding author. “To know if a microbial molecule influenced memory, we needed to understand the interaction between genetics and the microbiome.”

The microbiome’s impact on memory is a very active research area now, he added, with more than 100 papers published in the last five years on links between common probiotics and memory.