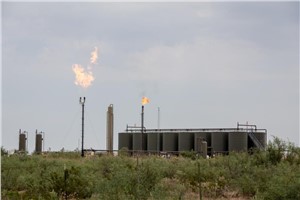 The U.S. EPA just moved to rescind Obama-era regulations from 2016 that targeted methane emissions from U.S. oil and gas wells—a move 2020 Democratic candidates are already pledging to reverse, with Amy Klobuchar at Wednesday’s CNN climate change town hall calling the move “very dangerous” and Bernie Sanders saying it is “setting us on a path to disaster.” These rules had required oil and gas companies to install leak abatement technology and regularly monitor their equipment for leaks of methane—a potent greenhouse gas—into the atmosphere. The administration has argued that its rulemaking is justified, in part, by the fact that firms already have an incentive to reduce leaks, since methane is itself valuable. This thinking could not be more wrong.

First, some facts. Methane is the main component of natural gas as produced by oil and gas firms and ultimately delivered to millions of furnaces, stovetops, and water heaters across North America. Gas is measured in millions of British thermal units (mmBtus) where a Btu is enough energy to raise the temperature of one pound of water by one degree Fahrenheit (yes, the U.S. oil and gas industry really missed the metric system boat). Largely because of the fracking boom, the United States now produces a lot of mmBtus of gas: more than 100 million of them per day (I’m using the fact that 1 thousand cubic feet of gas is roughly 1 mmBtu). And that gas is valuable, even at this summer’s low wholesale prices of around $2.40/mmBtu.

The problem is that getting all of that methane from wellheads, to gathering systems, to transmission lines, to distribution lines, and finally to your stove requires a lot of pipe connections. And if those connections aren’t made well and aren’t maintained, they leak. Estimates of how much methane leaks, and how much is due to fracking, vary and are highly controversial. For instance, Alvarez et al.(2018) estimates that oil and gas facilities’ leaks are 2.3% of total U.S. gas production, while Howarth (2019) estimates a higher leak rate of 3.5%.

Why do we care about methane leaks? If the problem were simply that we were losing valuable Btu’s that we could have used to dry our laundry, then perhaps we need not worry: industry on its own would have plenty of incentive to not let that gas waste away. Sadly, that’s not the whole problem. Methane is a major contributor to global warming. Even though methane does not last as long in the atmosphere as does the main climate culprit, CO2, it excels at trapping in heat while it’s there. Over a one hundred year time span, the EPA estimates the global warming potential of one ton of methane is 28 to 36 times that of one ton of CO2.

The global warming caused by anthropogenic methane emissions damages human health and productivity, and the environment. A recent paper by Catie Hausman and Lucija Muehlenbachs shows that, using the Obama Administration’s social cost of carbon of $41 per ton of CO2 equivalent, the social cost of leaked methane is a whopping $27/mmBtu. That means the climate damages from methane leaks are more than ten times the private commercial value of the gas.

Even if we accept the current administration’s SCC estimate of $1 to $6 per ton of CO2 equivalent, the climate cost of methane is roughly on par with the private cost. These high social costs matter. Absent regulation, oil and gas firms only have an incentive to reduce leaks up to the point where the cost of fixing leaks balances out against the private commercial value of the gas. Firms will not abate more than that, even if the cost of doing so is less than the climate damages.

How do we get firms to internalize the climate costs of leaked gas? Sadly, economists’ usual solution of pricing emissions—say, via a tax or cap-and-trade program—won’t work here. To price emissions you have to measure them, and a huge part of the problem with leaks is that they’re hard to measure. After all, if we could accurately meter and measure leaks, we might as well just stop the leaks while we’re at it.

Instead, the next-best regulatory tool is to routinely inspect oil and gas facilities and require fixes when leaks—particularly large leaks from “super-emitters”--are detected. Last week’s EPA rulemaking proposes to undo Obama-era regulations that did just this.

Interestingly, the EPA’s move has not been cheered universally within the oil and gas sector. While smaller “independent” firms are happy about the regulatory relaxation, larger firms such as Exxon and BP have urged the administration to preserve the Obama-era rules.

Why might large firms argue for more rather than less regulation? After all, fixing leaks just for the climate’s sake is an expensive thing to do. These firms have argued that methane leaks hurt natural gas’s brand as a relatively clean fossil fuel. In a world where natural gas now competes head-on with renewables and municipalities are considering banning new natural gas hookups, that brand value is no small factor.

I’ll pose another potential rationale: methane regulations make it easier for larger firms to compete. Large firms’ economies of scale allow them to invest in technology and engineering expertise to identify and fix leaks at a per-mmBtu cost less than that faced by the smaller independents. In the long-run, this means that the big firms will have an easier time beating the independents when competing for oil and gas leases.

This story suggests one potential downside of methane regulation: it squeezes out smaller firms and reduces overall competition in the industry. This problem is not unique to methane. A 2012 paper by Stephen Ryan found evidence that the 1990 Clean Air Act Amendments made it much harder for new firms to enter the U.S. Portland Cement Industry, leading to large benefits for pre-existing firms and higher prices for consumers.

The fact that methane regulations are likely to disproportionally affect small firms, however, does not mean that we should simply give up. Instead, we should regulate methane leaks and help provide technology and expertise to smaller firms that might otherwise struggle to reduce their own methane emissions. EDF and Stanford, for instance, have been collaborating on drone-based leak detection technology. There is a strong role for policy in supporting the development and diffusion of this and other technologies to firms throughout the industry (and not just in the United States either). The big oil and gas firms also potentially have a role to play. If these firms really do support methane regulation for the long-term good of the industry, rather than as an opportunity to gain a competitive advantage, they should be actively collaborating to share technology and expertise throughout the sector. It will be a win for all of us if they do.