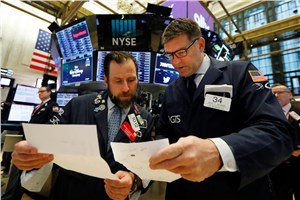 Indeed, right around Easter, we broke below the $2.50 price for the first time since June 2016.

Prices lingered there longer than expected, especially since the market was oversold and RSI fell below 30.

This was noteworthy of course because the ~$2.53 level had been offering strong technical support for the market, tested and holding a number of times over the past few years.

Since the end of January, however, it's been a pretty boring ride - tis the season for the shoulder months.

In fact, since the beginning of April, prices have varied by just 10%.

For reference, prices this time last year were around $2.80, and they ultimately only surpassed $3.00 once during the summer (in mid-June).

Currently, the RSI is at 50 or so, giving little indication as to market momentum.

The fundamentals though remain bearish.

This 7 Bcf/d gain in U.S. gas output over a year's time has been the primary factor keeping prices low: overall demand has only risen by 5 Bcf/d.

Looking toward summer, gas consumption does ramp up but probably not as much as one might think.

Meeting market expectations, we had a 106 Bcf injection reported on Thursday.

Nearly 10 weeks in, the start to refill season for natural gas couldn't have gone any better.

We've been injecting gas since the end of March, whereas last year we didn't start injections until the end of April.

Now at 16% below the five-year average, the storage deficit has been sliced in half in recent months.

The East is now only 4% below the five-year average, with the Midwest at 14% below.

The next several weeks could see triple-digit injections into storage, lowering the chance for any further rally.

Natural gas storage could return to average levels this summer.

Storage isn't as consequential for U.S. gas prices as it once was (gas producers themselves have really become "flowing storage" because they can bring production online when the market demands), but a rapidly improving storage deficit will surely help stabilize the market as we head into the hot summer months.

A prolonged heat wave in Texas, for instance, is likely the primary bullish factor for the near-term : "Abundance of Summer Capacity — Except in Texas."

Forecast changes will continue to be the main price driver for gas as we move into summer.

A hotter summer is expected, and especially with another 12,500 MW of coal retired last year, and 2,000 MW removed in February, expect gas for power to hit all-time records again.

For example, natural gas should constitute nearly 60% of the fuel mix this summer in both ERCOT and NY-ISO.

Especially as exports continue to eventually ramp up (this year, exports to Mexico have been stagnant at 4.8 Bcf/d but LNG exports are up 30% this month from January to 5.7 Bcf/d), our perpetual theme determining U.S. natural gas prices is record production colliding with record demand.

We will soon be adding three more LNG export facilities, potentially adding 4 Bcf/d of demand by the beginning of 2020.

Yet, it's interesting that despite the endless talk of higher oil prices driving more gas production (namely, from "associated gas" that comes as a byproduct of crude in West Texas) and lowering gas prices, oil prices are up 40% this year but U.S. gas production has risen less than 3% since the start of January.

Again, this speaks to the optimism surrounding U.S. gas production, based on the truly amazing constant evolution of shale fracking and drilling technologies.

Over the past two years, for instance, EIA's forecast for U.S. gas prices in 2030 has plummeted 25%.

Such low commodity prices for natural gas will make it that much harder for other sources such as renewables, coal, and nuclear to compete in our power sector.