Is A Possible Recession Priced Into Oil Markets? 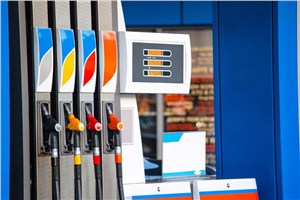 The U.S. stock market, after plunging late in 2018, has largely recovered, yet thinking about the economy in coming months should include the possibility of a recession or at least significant economic slowing in the U.S. and the world more generally. The IMF recently lowered its growth forecast for 2019 by 0.2% and for 2020 by 0.1%. That revision is certainly small, but since most forecasters tend to be lagging indicators, predicting a recession after it occurs, this could be suggestive of further revisions.

One of the irreparable intellectual divides is between those who think economics is an exact science and those who consider it somewhere between a social science and a dark art (not to mention “voodoo economics”). The former are primarily those academics who believe they can generate precise results because of sound theories and detailed data, while the latter tend to be real world practitioners annoyed with the fallibility of those results, or the ability of experts to provide a plethora of answers to any given question.

The best approach is to realize that the basic principles of economics are sound, but the enormous number of variables and imprecise data create uncertain results and contradictory interpretations.Thus, while it cannot be said with any confidence that U.S. economic growth in the first quarter will be 3%, it remains very true that the odds favor a weaker economy or even a recession in the near future.

Many often joke that one of the best indicators that a recession is looming is broad agreement that a recession is not in the offing. I personally think that signs of conspicuous consumption also imply too much fiscal stimulus, as in the recent stories about how “one of Dubai’s favorite garnish for their food is real gold.”

More worrying are signs that China’s economy might be slowing, partly because Chinese data tends to be suspect meaning that it will not become apparent that their economy is slowing until several months after the fact (if it does slow). Of course, recession if not a Japanese-style malaise has been repeatedly predicted for China without materializing, in large part due to fiscal stimulus.

Current expectations do not seem to reflect any potential for an economic slowdown. The table below shows the most recent IEA Oil Market Report forecast for 2019 demand, including the relative change over the past few years.  The rate of growth in oil demand for 2019 is expected to be higher, not lower, than in 2018, the U.S. being a notable exception (growing at half the rate of 2018), but oil demand in Europe, whose economy is slowing, is forecast to grow faster than in 2018, while Chinese demand is expected to grow at the same rate as last year, despite signs of economic weakness there.

Obviously, the global economy is unlikely to weaken evenly or equally, and destocking in one area can see bargain seekers in other areas snap up unwanted barrels, but this makes it obvious why even weak recessions can seem to have an outsized impact on oil prices. (Mixed in with the Libyan, Nigerian, and Venezuelan situations and OPEC+ compliance to the new production reduction agreements.)

As American philosopher Donald Meredith once commented, “If ifs and buts were candy and nuts, we’d all have a Merry Christmas.” Which should remind traders of J. P. Morgan’s response when asked what the stock market would do, “It will fluctuate.”

Tell a friend:
Is A Possible Recession Priced Into Oil Markets?