U.S. Oil Sanctions On Venezuela Could Be An Energy Windfall For India And China 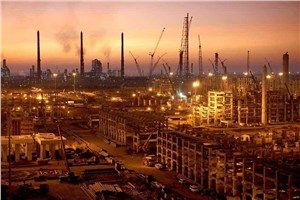 Oil sanctions imposed by the U.S. on Venezuela earlier this week could prove to be an energy windfall for India and China.

The Trump Administration announced sanctions against Venezuela’s state-owned oil company, Petróleos de Venezuela, S.A., or PDVSA, targeting the Latin American country’s lucrative crude exports. American refineries are the leading purchasers of Venezuelan oil, and the proposed sanctions would halt all oil trade between the two countries. The resulting over-supply of crude would become available to India and China at heavily discounted prices.

"American sanctions provide an opportunity to re-route PDVSA’s roughly 500,000 barrels per day of crude to the Indian and Chinese markets," says Siddharth Aryan, Director of Energy and Infrastructure at the U.S.-India Strategic Partnership (USISPF). "In the past, Venezuela has agreed to make payments for the oil in Indian rupees that had allowed both countries to [effectively] bypass U.S. sanctions.  The most recent slate of sanctions by the Trump Administration may provide a similar opportunity to India and China."

The two Asian countries are among the biggest importers—and consumers—of oil globally, with China topping both lists. Beijing imported $162.2 billion worth of crude in 2017 alone, accounting for 18.6% of all imports worldwide that year. India was the fourth-largest importer during the same period, and remains the world’s third-largest consumer behind the U.S. It is also the third-largest purchaser of Venezuelan crude, after the U.S. and China.

India and China have sought to diversify their crude exports by diversifying their crude suppliers. Several Middle Eastern countries, including Iraq, Saudi Arabia and Iran predictably continue to be top exporters to both countries, but Venezuela has represented a key source of oil for India and China. Caracas exported roughly 330,000 barrels of oil to each of the two Asian giants in 2018 alone. This figure, however, represents an 11% and 5% decline of imports levels to India and China, respectively, compared to the previous year.

Economic mismanagement and underinvestment in refinery infrastructure and processing technology have undermined the quality and quantity of Venezuela’s crude exports, while eroding its customer base overseas. Other major Asian purchasers of Venezuela crude, including Japan and South Korea, have significantly curtailed, or completely halted, their oil imports from the country.

Despite this, India and China have preserved their oil trade with Caracas due to their voracious energy needs. According to a recent report by consultancy firm Wood Mackenzie, India is poised to surpass China as the world’s second-largest “oil demand center” behind the U.S. The study cites two primary reasons behind this projection: a surge in consumer demand for more cars and trucks as a consequence of the recently enacted Goods and Services Tax (GST); and upcoming national elections and accompanying populist pressures.  China, for its part, sees no major changes in its oil consumption levels on the horizon.

Unsurprisingly, both countries see opportunity in Venezuela’s ongoing diplomatic crisis with the U.S. With sanctions against PDVSA effectively imposing a total embargo on oil trade between the state-owned Latin American company and its American customers, Venezuela will likely be forced to offload its excess supply at steep discounts to India and China.

New Delhi will be particularly keen to purchase the displaced crude. India has been forced to cut its imports of Iranian oil in recent months as a result of possible exposure to secondary sanctions following the White House’s decision to withdraw from the multilateral Iran nuclear accord and re-impose sanctions on the Persian Gulf state. The decision compelled Indian oil companies to slash its imports or otherwise jeopardize its access to the U.S. financial system. Iran’s crude exports to India had dramatically surged following passage of the historic deal in 2015, but have steadily declined again since November after sanctions went back into effect.

A key question is whether India and China will have to once again confront the prospect of secondary sanctions should the Trump Administration decides to pursue more aggressive measures against Venezuela.  Aakanksha Joshi, a partner at the prominent Indian law firm ELP, whose practice focuses on energy and infrastructure, notes that "banks in India may be hesitant to permit an outflow of funds for purchase of Venezuelan oil against the backdrop of the sanctions, even though these sanctions may not extend to transactions with non-US entities.”

Tell a friend:
U.S. Oil Sanctions On Venezuela Could Be An Energy Windfall For India And China