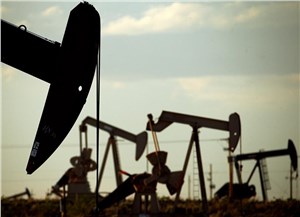 The miracle of the Permian Basin shows no sign of letting up. Oil production from the region of west Texas and southeastern New Mexico will more than double by 2023 to 5.4 million barrels per day, with 41,000 new wells drilled and more than $300 billion invested.

In addition, natural gas output will also double by then to 15 billion cubic feet per day. Topping it off, the volume of natural gas liquids out of the region will reach 1.7 million bpd. All this is the prediction of research group IHS Markit, led by veteran analyst Daniel Yergin.

If the Permian delivers on that forecast, the single region will be pumping more oil than the entire U.S. was a decade ago, and more than any other OPEC member but Saudi Arabia. Back in 2010 the Permian was flowing at a rate of just 920,000 bpd.

This growth, if it happens, will go a long way toward replacing supplies from Venezuela, which has seen its output collapse from 2.5 million bpd a few years ago to roughly 500,000 bpd today. All else equal, all that Permian crude should help keep the lid on oil prices, which have fallen from $73/bbl a month ago to $66 today. That’s apparently still too high for President Trump, who tweeted this morning: “Oil prices are too high, OPEC is at it again. Not good!”

Oil drillers will have to overcome a few challenges, such as finding enough workers to drill all these wells and enough sand and water to “frack” them. Another issue is President Trump’s  steel and aluminum tarrifs. Every well drilled requires nearly 400 tons of steel. But the biggest constraint on growth right now is the lack of sufficient pipeline capacity to get oil to market. Analysts suggest that in 2019 Permian oil flows will be 250,000 bpd in excess of what pipelines can handle. That will push producers to rely on trucks and trains to get their crude oil to refineries. Capacity on existing lines has already grown so tight that some Permian producers are having to accept deep discounts just to sell their oil. In recent months the Permian’s “basis differential” relative to the Light Louisiana Sweet benchmark has blown out from $3 per barrel to $20.

And then there’s the question of raising capital. Over the past five years Permian operators have deployed $150 billion into the basin; IHS says that given a forecast oil price of $60 per barrel, profits should be plentiful and funding shouldn’t be an issue.

Could Yergin’s Permian forecast prove conservative? Depends on prices. According to a report from Bernstein Research this morning, oil markets are balanced on a “knife edge” and $100 oil “doesn’t feel that crazy” if exports from Iran and Venezuela do fall the 1.5 million bpd expected by the IEA, while Canadian production plateaus and the North Sea declines.

Meanwhile, with global demand running at 100 million bpd, and increasing at a rate of 1.4 million bpd, we’ve never used more of the stuff. Despite the much-heralded electric vehicle revolution, there's no end in sight for the age of oil.