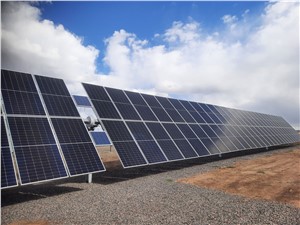 "This project is a notable achievement for our company as we continue to deploy our newest Voyager+ tracker and expand our presence around the world," said Sean Hunkler, CEO of FTC Solar. "Working with APA, who has been a champion for the renewable energy transition in Australia, and UGL Engineering Pty Limited, who were awarded the design and construct contract for the project, will allow us to further demonstrate all the benefits of our differentiated tracker solutions, as well as why 2P technologies are an important asset in accelerating solar power adoption."

FTC Solar has delivered more than 2.5 gigawatts of trackers, including its Voyager+ solution for large format modules which was unveiled in early 2021.