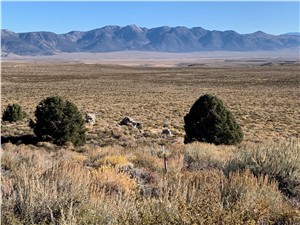 KORE Mining Ltd. (TSXV: KORE) (OTCQX: KOREF) ("KORE" or the "Company") is pleased to announce that it has entered into a memorandum of understanding with the Bureau of Land Management ("BLM") and engaged a third-party consultant to complete the environmental assessment for KORE's proposed exploration drilling program at the Imperial Gold project ("Imperial").  The proposed drill program consists of over 150 drill pads, including new discovery targets on the Mesquite-Imperial-Picacho district ("District"), Imperial project resource growth targets and drilling to support Imperial engineering.  KORE is working closely with the BLM to commence drilling in a safe and responsible manner and remains on track to commence drilling in the second half of 2021.

KORE's CEO Scott Trebilcock stated: "Ongoing work on the KORE controlled Mesquite-Imperial-Picacho gold district is extremely promising for making new multi-million ounce oxide gold discoveries.  KORE has generated multiple targets analogous to the Mesquite and Imperial oxide deposits that have never been drill tested. Having control of a large, underexplored gold district in the western US is extremely rare and we are excited to start drilling and make a new discovery."

The District has produced over five million ounces of gold between the Mesquite and Picacho mines which has contributed to the local economy for generations.  KORE geologists have identified multiple high priority targets between the operating Mesquite mine, the Imperial deposit, and onward east to the closed Picacho mine where KORE recently staked an additional 4,600 acres to capture the full District potential (see April 13, 2021 and December 8, 2020 new releases).  Work continues across the District with more results pending including a satellite alteration survey, geophysics and additional field sampling.

KORE's proposed drill program could support drilling through 2022 and most drill pads are located immediately next to existing BLM roads to minimize disturbance and the locations are flexible to avoid impact to local resources.  KORE is working closely with the BLM to ensure that the Company meets or exceeds all regulatory requirements to protect the area resources and deliver a safe, low impact program.