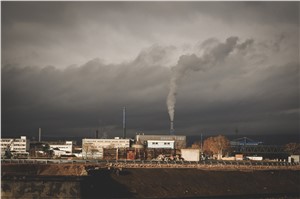 Newpoint has entered into an agreement, which licenses its patent pending, operationally integrated, zero-emission modular design technology to Escalante H2 Power. The experienced team at Brooks has a deep understanding of the geological and engineering parameters necessary for carbon sequestration, which sets Escalante H2 Power ahead of other hydrogen production technology first movers.

"The Escalante Hydrogen Project is thoroughly designed with the goals to provide clean reliable power and an additional focus on empowering local New Mexico communities," said Robert Price, president of Brooks Energy and cofounder of eH2Power. "With our experience in carbon sequestration and geology, we look forward to developing this project."

Blue hydrogen, which is hydrogen derived from methane with the carbon sequestered, is proving its worth as a foundational, go-to hybrid energy source shortening the transition to an eventual green hydrogen economy as the technology advances. Newpoint's blue/green hydrogen technology platform has the capacity to merge the low environmental impact of renewable power with the reliable dispatchable power generation of a fossil fueled power plant. This approach produces hydrogen that can be distributed to support the emerging hydrogen economy which includes zero emission trucks/cars (without batteries) and fuel cells.

"Recent events in Texas during extreme freezing weather provide a vivid reminder of the importance of non-stop dispatchable power in securing reliable electric service," said Wiley Rhodes, CEO Newpoint Gas, LLC and cofounder of eH2Power. "We are excited to work with Tri-State, the team at the plant site, and our partners to convert Escalante Generating Station from 24/7 coal to 24/7 zero carbon emission dispatchable power."

"The re-purpose of the Escalante Plant is exactly what needs to happen. There are many more years of useful life in the plant. I am very excited to see this new economic opportunity for our area and stand ready to support eH2 power with this transition," said Patricia Lundstrom, executive director of the Greater Gallup Economic Development Corporation.

Escalante H2 Power has signed a letter of intent with Tri-State Generation and Transmission Association, Inc., to purchase their now retired 253 MW Escalante Generating Station in Prewitt, New Mexico. The Escalante Station is a well maintained and operated facility that is situated near gas transmission and a geology that supports large scale carbon sequestration.

"Since announcing the retirement of the Escalante Station, Tri-State has been working with impacted communities to support meaningful economic development opportunities," said Tri-State CEO Duane Highley. "With the solid condition of the power plant, the potential sale for redevelopment utilizing innovative hydrogen technologies could advance the region's clean energy transition, while providing local employment and economic development opportunities."

This combination of factors make it perfectly situated to be the world's first conversion from a large-scale CFPP to a large-scale blue/green hydrogen fired zero emission power plant. Newpoint's process incorporates a steam methane reformer with hydrogen purification to separate the hydrogen and carbon dioxide pre-combustion. The carbon is sequestered underground and the pure hydrogen is used as fuel to produce steam and generate power.

With an eye to the future, Escalante H2 Power pioneers zero emission at source for industrial scale, 24/7 dispatchable base load power generation.