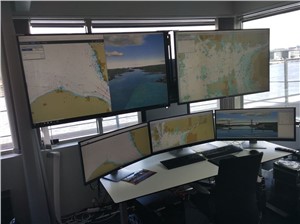 The technology group Wärtsilä has been contracted to install its electronic route exchange platform on 50 tankers as part of the Sea Traffic Management (STM) Safety of Navigation in the Baltic Sea (BALT SAFE) project. The lead partner in the project, which is supported by the European Commission, is the Swedish Maritime Administration. The order with Wärtsilä was placed in March, and the ECDIS upgrades are scheduled for delivery in June 2021.

The Baltic Sea has one of the highest shipping intensities in the world. The project is focused on increasing the safety of vessels by providing digital Vessel Traffic Services (VTS) to the fleet. Wärtsilä has already equipped 129 vessels with STM compliant ECDIS. STM is a methodology to define a set of systems and procedures to guide and monitor sea traffic in a manner similar to air traffic management.

“Wärtsilä has the know-how, the installed base, and the dedication to achieve a more connected future. With the installations happening this year, we will be able to analyse data from the interaction between ships, and between ships and shore,” says Cajsa Jersler Fransson, STM BALT SAFE Ship Testbed Manager from the Swedish Maritime Administration.

VTS systems around the Baltic Sea, such as the Wärtsilä-based VTS St. Petersburg, will be able to receive and send route plans to vessels, thereby enabling ‘route cross-check’ and ‘risk situation alert’ services. Information is transferred via Automatic Identification System (AIS) between ships. Between ships and shore, the data is shared through the Maritime Digital Infrastructure.

One of the main successes of the STM Balt Safe project has been the development of cross-industry collaboration, as leading competitors among providers of ECDIS and VTS systems are currently planning to establish an open non-profit consortium to develop the maritime digital infrastructure, established within the STM Validation project. All existing implementations, and the current project, will run on the newly-formed Navelink platform, provided by the consortium.

Tell a friend:
Wartsila to install its Route Exchange platform on 50 tankers as part of the Balt Safe project