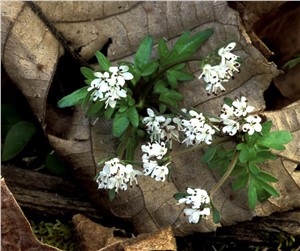 A Bechtel-led team has successfully started up a plant in Kentucky that will disassemble and destroy the final portion of the stockpile of U.S. chemical munitions, bringing the nation closer to its goal of eradicating the weapons.

The Blue Grass Chemical Agent-Destruction Pilot Plant is the fourth U.S. facility to begin operations using technologies other than incineration.

"Congratulations to all of our partners on this historic day," said Barbara Rusinko, president of Bechtel's Nuclear, Security & Environmental global business unit. "Working with the government and the local communities, the team designed and tested a system that delivers national security goals while addressing community concerns. It involved collaboration with state regulators and with stakeholders such as the National Academies of Sciences, Engineering and Medicine and the Centers for Disease Control and Prevention."

Automated equipment will disassemble and drain artillery projectiles containing the nerve agent GB as the plant ramps up operations. The drained toxins will undergo a two-stage process to neutralize and then break down the substances into carbon dioxide, water, and salts. The metal parts will be heated to more than 1,000 degrees Fahrenheit for decontamination and can then be safely recycled.

For decades, some 523 tons of chemical munitions were stored at the Blue Grass Army Depot near Richmond, Kentucky. In June 2019, the destruction of mustard projectiles began in an on-site facility, using a static detonation chamber. More than 15 tons of mustard have been destroyed so far, working toward the congressional deadline of December 31, 2023.

"Our highly skilled team is dedicated to the task of safely destroying the chemical munitions," said Ron Hink, Bechtel Parsons Blue Grass project manager. "We've trained extensively for this stage of the project and we're confident we can safely complete the mission."

A sister plant in Pueblo, Colorado began operations in 2015. Both sites host inspectors from the Organisation for the Prohibition of Chemical Weapons to verify compliance with the 1997 Chemical Weapons Convention, signed by more than 190 nations.