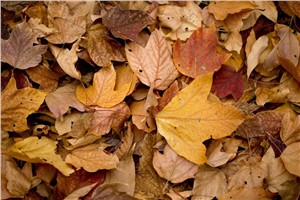 As a new season is now upon us, Fall is just like Spring: they both retain shoulder months where energy demand is lower than cold Winter and hot Summer.

Here are just a few points on U.S. energy use patterns by month that have key price impacts.

Gasoline accounts for nearly 50% of our oil demand and 15-17% of our total energy usage.

With the summer peak driving season behind us, oil bears are banking on fading demand in the coming colder months.

Yet, the seasonal difference might not be as high as expected.

The warmer West and South hold nearly 65% of America's population.

As a general trend, it is vital to remember that U.S. gasoline demand is higher now than it has ever been.

This is when we start to withdrawal from inventory mostly to meet heating needs.

Some 50% of U.S. homes utilize gas for heating.

And apparently not enough people realize that the push for more electrification - from electric cars to port operations to heating itself - will inevitably mean more natural gas because gas is rising toward being 50% of all U.S. generation capacity. "Nonstop Records For U.S. Natural-Gas-Based Electricity."

For example, even in those states like California and New York that are blocking new gas hookups for buildings in favor of electricity, gas will remain heavily utilized. Gas is overwhelmingly their main source of power.

Back to the national outlook, September is the third lowest gas demand month, after May and June.

Interestingly, gas prices at one point this past week were up 30% from early-August and reached their highest levels since April.

Come winter, domestic demand will be ramping up ~50%, with overall needs this year rising even more because of more LNG exports

For those seeking a more stable and low price gas market, the good news is that gas production continues to break records and is not seasonal.

Moreover, our storage deficit to the five-year average is now just 2.4%, and we should even get a surplus before the winter market hits.

As for electricity, U.S. demand obviously peaks in summer when air conditioners are blasting.

And even with an increase in electricity-based heating, power demand drops 16-18% in Q4 from the summer months.

Usage does pick up again in January, however, when freezing temps keep more people inside.

As for our primary source of power, lower commodity prices will continue to encourage more demand: EIA has natural gas generation up 7% this year as compared to 2018.